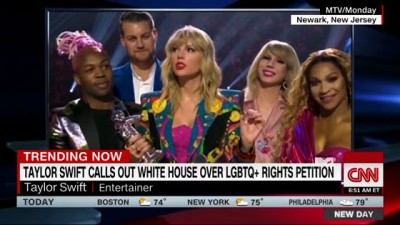 The 18 Gayest Moments From the 2019 MTV VMAs NewNowNext

#LilNasX is now the first LGBTQ+ musician to win Song of the Year at the #VMAS! And while the trophy may be the first he’s taken home, it certainly won’t be his last. Tap the link in bio to read. ???? Getty⁠

WATCH: Broadway hunk Claybourne Elder has his own dance party and let’s us watch!