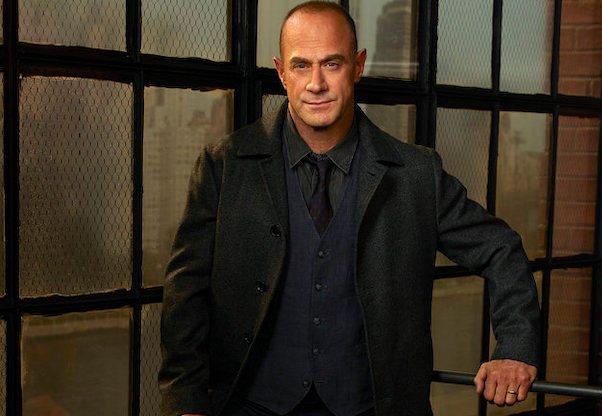 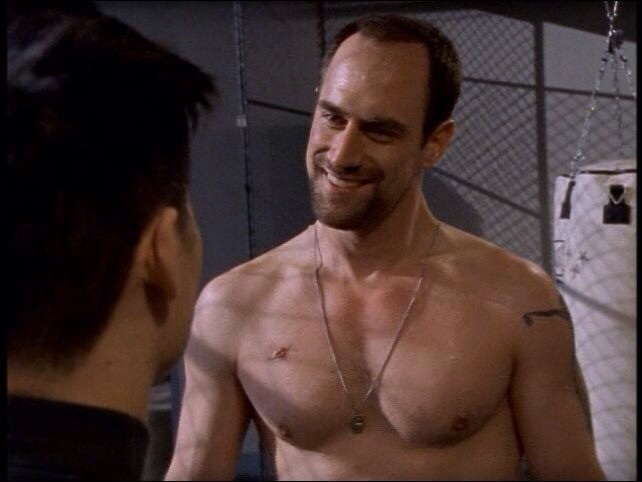 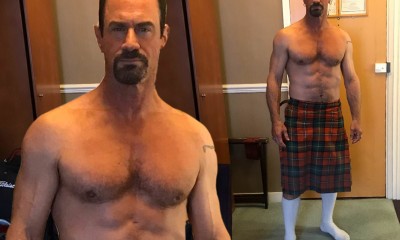 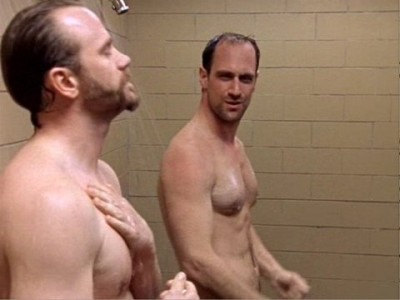 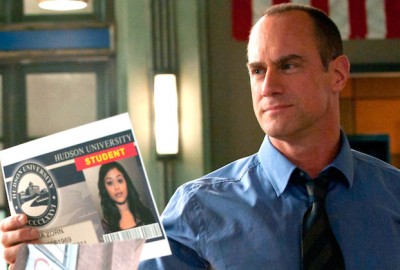 Editor’s Note: Since the end of my three-week “hiatus” from blogging, I’ve been undecided about Morning Man returning as a regular feature. For now, I’m going to call it an irregular feature!

Let’s face it, Christopher Meloni is one of the sexiest men to ever grace a television screen and last night, he retuned as Elliot Stabler on an episode of NBC’s Law & Order: SVU which was followed by the premiere of his new series Law & Order: Organized Crime. He played the role for 12 seasons and reprises it in the new series in a completely different job and different cast.

While he’s best known for the role of Stabler, any gay man with HBO knows him best from his years on the prison drama Oz as very sexy and very dangerous Chris Keller. We really got to know him through his many nude scenes and his love scenes with his male lover Tobias Beecher. Too bad Keller was a murderer!

In 2014, Chris appeared on Conan O’Brien’s (see video below) and shared that he’s still propositioned by gay  fans of Oz which ended its six-year run on HBO in 2003.

‘I like to hit the gym and that’s usually when that happens,’ the actor said. 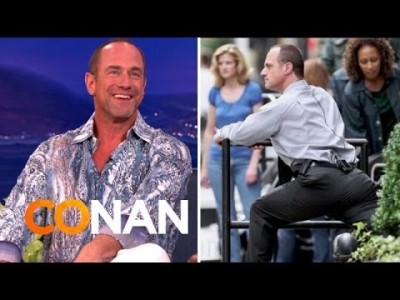 He described to O’Brien what usually goes down: ‘It’s mostly in the showers. They lather a bit too long down in the nether-regions, never speaking… You’re doing your thing and you’re washing and you can feel the energy. Your first thought is “Really’?”‘

The attention is no doubt in part to Meloni’s celebrated derriere which he sometimes displayed on Oz. He has even shared a backside shot or two on social media.

‘There was a national vote for the best butt in prime-time,’ he explained. ‘So I just jumped in the bandwagon.’

‘It’s a little bit genetic but I’m not afraid of the dead lift or the squat,’ he added. ‘I know at some point it’s going to fall so I may as well keep Father Time at bay as long as I can.’