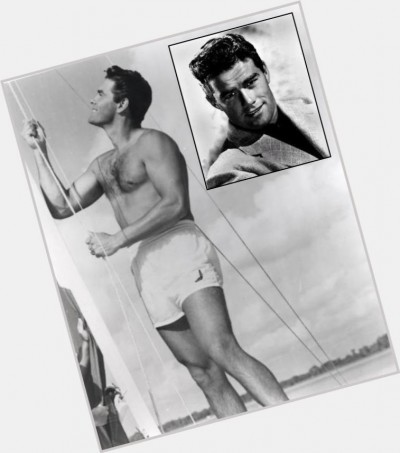 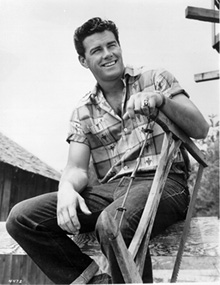 The strikingly handsome Jeff Richards was a baseball player who became a movie and TV actor.

He was born 96 years ago today.

Richards joined the United States Navy during World War II and served until 1946. After the war was over, Taylor played shortstop for the Portland Beavers for a year and then for the Salem Senators. But his baseball career ended after he tore a ligament and was unable to play anymore.

He then pursued a film career and had small roles in Mother Is a Freshman, Cheaper by the Dozen, and Kill the Umpire.

He had a breakthrough in 1954 with a big role in Big Leaguer followed by Seagulls Over Sorrento. His career high point came when he was the third lead in 1954′s Seven Brides for Seven Brothers after Howard Keel and Jane Powell.

Richards was one of Eleanor Parker’s brothers in Many Rivers to Cross before finally being given a star parts in The Marauders, It’s a Dog’s Life, and the musical The Opposite Sex All three films lost money.

After a supporting role in MGM’s popular comedy Don’t Go Near the Water, he was dropped by MGM and turned to television work. Richards played the title role in the NBC western television series Jefferson Drum (1958–59), the story of a crusading journalist, with Eugene Martin portraying his young son. The series was cancelled after twenty-six episodes aired over two seasons.

He guest starred in Behind Closed Doors, Alcoa Theatre, Adventures in Paradise, Rawhide, and Laramie. His last lead role was in the underwater adventure The Secret of the Purple Reef and final role overall was in 1966 as Kallen in the film Waco. 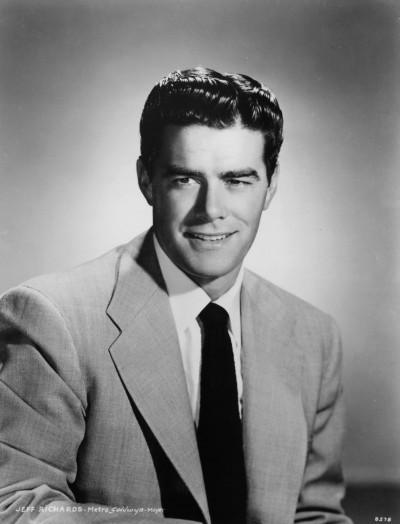 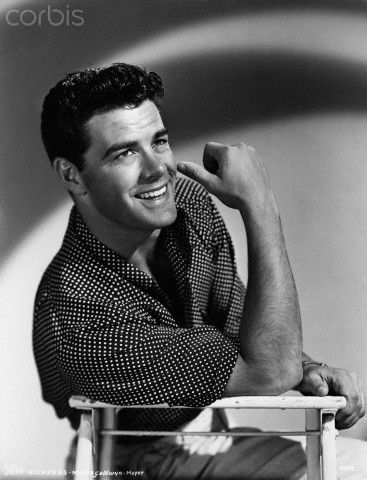 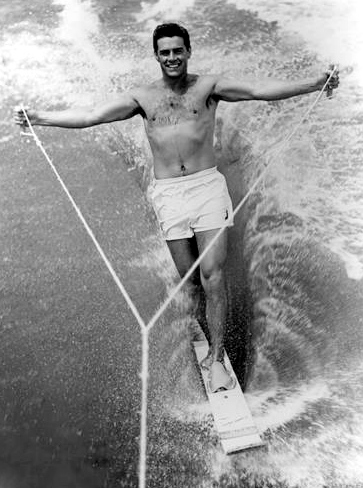 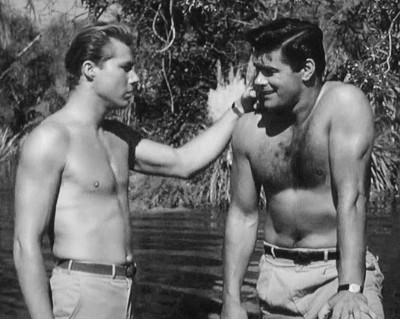