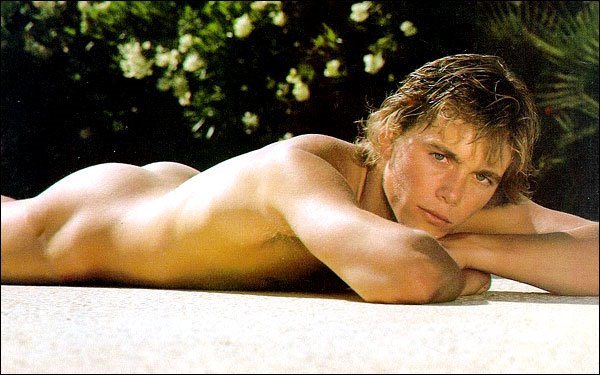 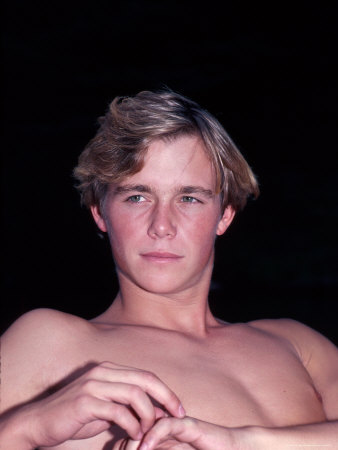 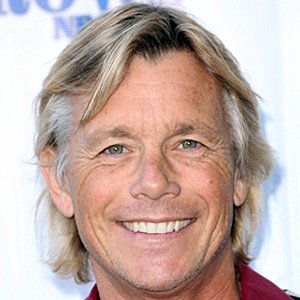 Christopher Atkins celebrated his 59th birthday last week. As you can see, during the early days of his career when he co-starred opposite Brooke Shields in The Blue Lagoon, was Linda Gray’s young lover on Dallas and played a male stripper in the TV movie A Night of Heaven, Chris wore very little clothes!

He famously went full-frontal in The Blue Lagoon when he wasn’t wearing the famous loincloth that was pretty much his entire wardrobe in that classic film. When I interviewed Chris over morning coffee a decade ago, he told me that countless times over the years, he has been told by gay men – who were teens at the time of the film’s release – that the movie and his nudity helped them realize they were gay!

Christopher Atkins, a Mantique of the Day for February 21, was born in 1961 — he turns 59. . He's never NOT been hot, and had a pretty eye-popping career, which has included "‪The Blue Lagoon‬" (1980), "‪The Pirate Movie‬" (1982), "A Night in Heaven" (1983) and a stint on "Dallas" (1983-1984). . He posed for "Playgirl" in 1983, and told me in an interview for a piece on the magazine I did at ‪Esquire.com‬: "There was supposedly one shot where I was standing in the pool and it was something about a shadow at the bottom of the pool that made me look 'massive' and… [the photographer] was offered lots of money for that slide. I always thought that it was a magazine for women, but men were trying to buy the slide." . He went on to explain why he would pose naked: "They told me to take my pants off, so I did." . Atkins is, pretty famously and with good reason, a nudist. He pops up at autograph shows, and is not shy at all to sign photos of little Christopher. . . . #christopheratkins #chrisatkins #thebluelagoon #bluelagoon #shirtless #shirtlessguys #mantiques #movie #anightinheaven #playgirl #dallas #movies #tv #celebritybirthdays #thenandnow #gr8erdays