Montgomery Clift’s nephew has made a movie about the late, great movie icon who died far too young 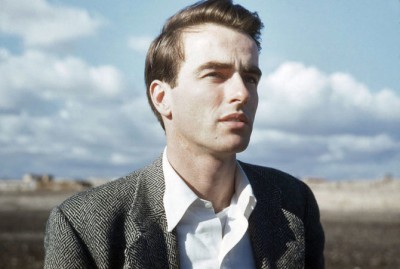 He had me from the very first time I saw A Place in the Sun.

Montgomery Clift was achingly beautiful in that movie and his performance was heartbreaking.

It’s my favorite of all his classic films which also included From Here to Eternity, Red River, The Search, Judgment at Nuremberg, Suddenly, Last Summer, Raintree County, The Heiress, among others.

The four-time Oscar nominee died of a heart attack at age 45 and his life is being told in the new documentary Making Montgomery Clift by his nephew Robert A. Clift and the nephew’s wife Hillary Demmon.

The couple takes to Queerty about the film and Clift. Below his an excerpt and the film’s trailer:

Robert Clift: For me, it’s one of those things where if Monty is a ghost, it was kind of a very calm, subtle ghost in my life. I grew up in Washington, DC, a lot of people my age had never heard of him, and certainly not my classmates at 12 or 13 years old. But I was fascinated; my father was fascinated because there were books about him. I could read about him. It was around the house; we had all these raw audio recordings. I didn’t know what those were. I used to sneak down into the basement into the Monty archives and just try to figure it out. Over the years, what developed was this heightened sensitivity to the fact that the way people spoke about Monty in public, and what I was told at home by people that knew him and loved him, seemed to be kind of different. And also, there was a lot of pain attached to it. So nobody necessarily sat me down and said: “Listen, this is the story of Montgomery Clift. … Everybody was very aware that there was pain associated with it…from Monty to Lorenzo [Jones, Clift’s late boyfriend] especially those two.