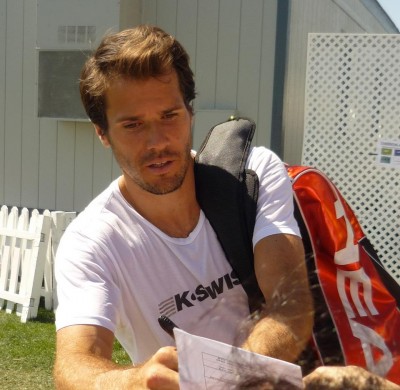 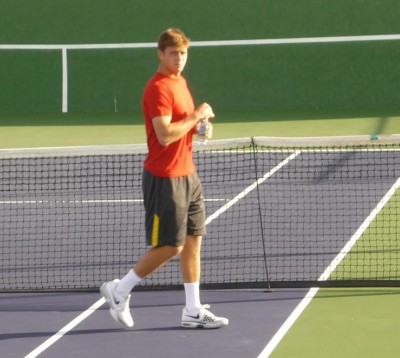 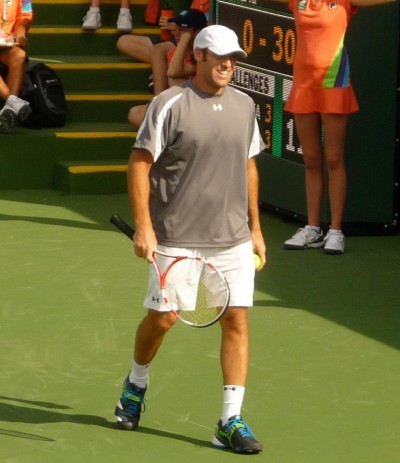 I’ve gone to the tournament – for at least a few days – nearly every year since 1994!

I’m still a bit discombobulated today so am getting a late start with everything but you can expect plenty of fresh posts today.

For the next several days this week, I’m going to share with you some of my pics of the really cute tennis players I captured either out on the practice courts or during one of their matches.

It wasn’t exceedingly hot out there there this year which meant there are not the usual shirtless pics that are so much fun to shoot and share.

So here are the first three guys:

1) Tommy Haas of Germany. Once ranked as high as number 2 in the world and a semifinalist at Wimbledon, Tommy has battled a series of injuries. He lost his second round match in three sets and I was there for every minute of it. He played a terrific second set then just let up a little in the third. Tommy is very kind to hiss many fans signing autographs and even making sure a woman, whose pen he borrowed, got it back after he had signed dozens of tennis balls, programs and hats with it.

2) Young American Ryan Harrison is the next great hope and he has certainly looked sharp in his first two matches. If he keeps this up, he might become as famous as the guy everyone says he looks like: Ben MacKenzie of Southland and The OC fame.

3). Robby Ginepri is one of those journeymen American players who once in awhile strings together some big wins. About five years ago, he made it all the way to the semifinals of the US Open! He came out strong against Stanislau Wawrinka on Friday and was up a service break in the second set. We were all so sure he would win! But he did not. He fought hard but ended up losing 4-6, 6-4, 6-4. It was one of the better matches I watched all weekend.