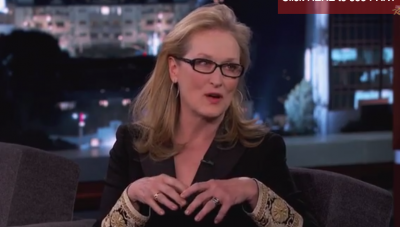 The great Meryl Streep could be adding a third Emmy to her vast collection to go along with her three Oscars.

The last time Streep and Nichols collaborated on the small screen for HBO was for Angels in America which won Meryl her second Emmy (the first was for the TV movie Holocaust).

Master Class first opened in 1995 on Broadway, with Zoe Caldwell in the role of Callas, who tells stories about her life. She lived a dramatic life with a difficult family, great fame, an affair with Aristotle Onassis (who left her for Jackie Kennedy), and plenty of physical transformations.

Caldwell won a Tony Award for her performance. I saw the Broadway production the next year when Patti LuPone had taken over the role.

This is going to be good!!!