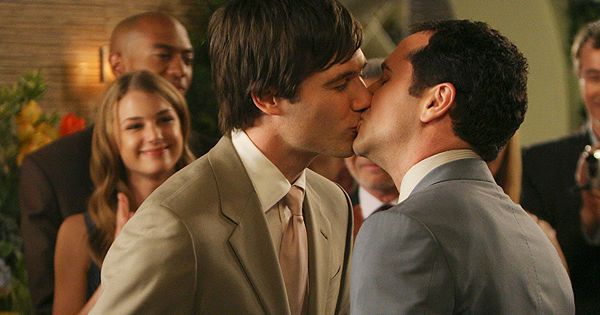 Matthew Rhys’ current role as an undercover Russian spy on The Americans couldn’t be any more different from his previous TV gig on Brothers & Sisters.

For four seasons he played Kevin Walker on the ABC family drama, a gay attorney who endured romantic ups and downs and infidelity and surrogacy issues with his husband.

One storyline Kevin never had was coming out or struggling with being gay.

For that, Rhys is thankful.

‘There was no coming out story. There was no challenge,’ he tells HuffPost Live. ‘He wasn’t defined by it or identified by it. He was one of the siblings who happened to be gay and he was so clear about that. And in reading that, I just thought “Oh, how refreshing. That’s how it should be.”‘

Kevin always had a robust romantic life and sex life as his journey included relationships with a closeted Hollywood actor (Jason Lewis) and a preacher (Eric Winter). 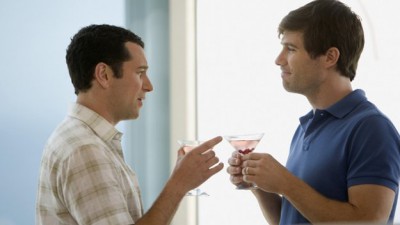 But his true love was a chef named Scotty (Luke Macfarlane) who he meets early in the show’s run and ends up marrying in a later season.

The show, which also starred Sally Field, Calista Flockhart, Dave Annable and Rachel Griffiths, ended in 2011 – a full five years before marriage equality was to take place across the US.

Some credit the show with helping to change hearts and minds on the issue.

‘We owe that to the writers and that they handled that fantastically and they were very conscious of that and strident in trying to achieve that,’ he says. ‘If I’m a small cog in that, which I am, I’m very happy.’