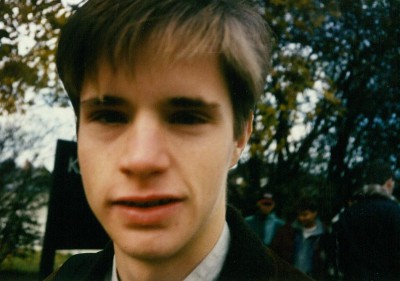 It’s been nearly 17 years since college student Matthew Shepard was abducted and tortured by two men, before being left to die – tied to a fence – near the town of Laramie, Wyoming.

He later died in the hospital from the severe head injuries that he had suffered. He was just 21.

His attackers were arrested and eventually sentenced to two-consecutive life sentences each for one of the most notorious hate crimes in U.S. history.

The wonderful documentary. Matt Shepard is a Friend of Mine, explores his life and tragic death and makes its television debut on Logo tonight after spending more than a year winning multiple awards on the international film festival circuit.

I watched it earlier this year and not only was I deeply moved, I realized that this film was introducing is to Matt in a way that we had not seen him before. Many of his friends from different periods of his life are interviewed and previous home movies and never-before-seen photos are featured. There are also excerpts from his journals chronicling difficult periods in his life and how at the time of his death, he was finally in a good place.

The film was directed by Shepard’s high school friend Michele Josue who had the full cooperation of his parents, Dennis and Judy Shepard.

‘Judy entrusted me with a small box of all their home movies, his letters and own words and writings provide ‘a really amazing through line across the whole film where you can really hear Matt’s voice ‘and he can tell his story in his way, with his words,’ Josue told me when we sat down for a chat earlier this year.

Dennis Shepard joined us for the interview.

‘We knew that what she would give us would be a pretty honest portrayal and was even better than we expected,’ he said. ‘We trusted her implicitly.’ 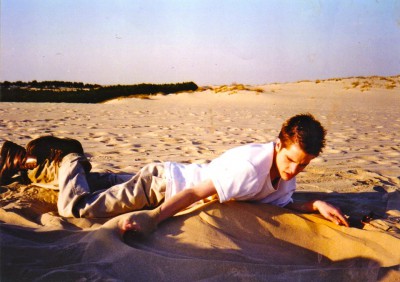 ‘To see that he was so prolific and he was so in depth with his thoughts and feelings was a real sad and proud moment at the same time to see and read those,’ Dennis Shepard said. ‘All his letters and stuff, we’d never opened them. We’ didn’t have the courage to go through it and bring that heartache up again. But we didn’t want to throw them away because we’d be throwing away Matt. So we put them away. So this was the perfect opportunity to let the world know more about him through his own writings.

‘We were shocked about the journaling and we were also shocked that he was afraid to come out to us after we had tried to be so open. I think it was just the culture around Wyoming and around the world. I think the hardest thing the first time was just to see him again and hear his voice and see his smile and then, he’s gone.’ 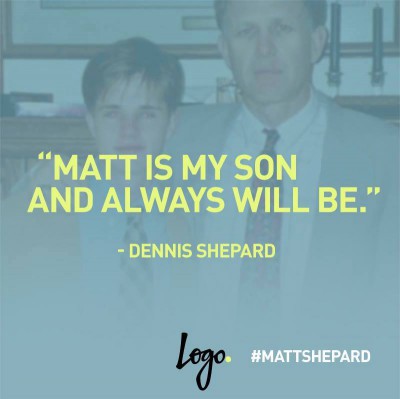 For the father, being interviewed in the film and helping to promote it has brought up many emotions.

It’s clear that no many how many years pass, the loss is ever present.

‘You never make progress, you’re always mourning,’ the father said. ‘You always have that hole. You don’t have the same joy when it comes to mother’s Day and Father’s Day and birthdays and Christmas. You always have that little bit of mourning that you’re doing and grieving. But you have to go on with your life. You can’t just shelter up in the corner. Matt wouldn’t have wanted that and I refuse to do it because then the bad guys win.’

The family created The Matthew Shepard Foundation shortly after their son’s death and worked tirelessly for more than a decade to get federal hate crimes legislation passed. 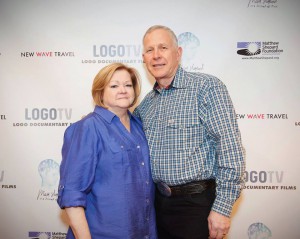 Dennis and Judy Shepard, married for 42 years, have also traveled to 18 counties in recent years for the US State Department to talk about equal rights and bullying and discrimination.

‘We were forced into (activism),’ Dennis Shepard said. ‘We didn’t know anything about the gay issues. Matt was our son, that’s all we knew. We didn’t know that he’d have to fear for his life, that he couldn’t get a job if he was gay, we didn’t know any of these issues. It just really upset us to find this out – all these kids with no chance to succeed because they are considered different. That is just not right.’

By the time Josue came to them with her film proposal, they knew it was the right time and that his close high school friend was the right person to see it through. 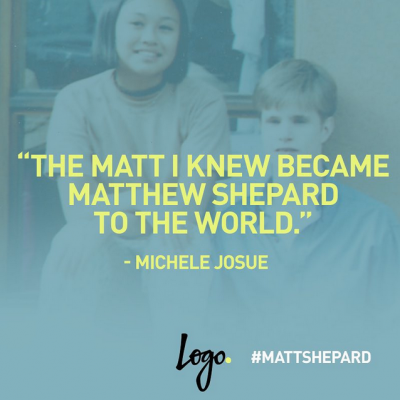 ‘When Matt died I was already in film school and interested in telling stories,’ she said. ‘I was watching our friend Matt become something else – this very enormous icon for the gay community but one that was tied to this horrific violence. So that was also very heartbreaking for me in addition to the way he was attacked and I thought as his friend and as a filmmaker, it was my duty to share with the world Matt’s story in an honest, sensitive way in which it deserved to be told.

‘It honestly took many, many years to gain enough courage and professional experience to feel comfortable. It was the first time I had lost a friend and it was a lot to kind of deal with.’

In 2009, Judy Shepard’s book The Meaning of Matthew: My Son’s Murder in Laramie, and a World Transformed was released and later that year, the United States Congress passed the Matthew Shepard and James Byrd, Jr. Hate Crimes Prevention Act which was signed into law by President Barack Obama.

It was around that that time Josue felt ready to begin working on the film.

‘I think myself and a lot of his close friends, collectively, kind of came to a point where we felt strong enough to do this. Judy’s book came out in 2009 and we were just kind of using that as inspiration really. She put it all out there in the book in a very bold, courageous way – in an honest way – and we just wanted to follow suit.’

At a lunch that year, Judy Shepard gave her blessing and filming began in 2010 on and off for two years. Two Kickstarter crowd-funding campaigns were needed to cover costs and $100,000 was raised. 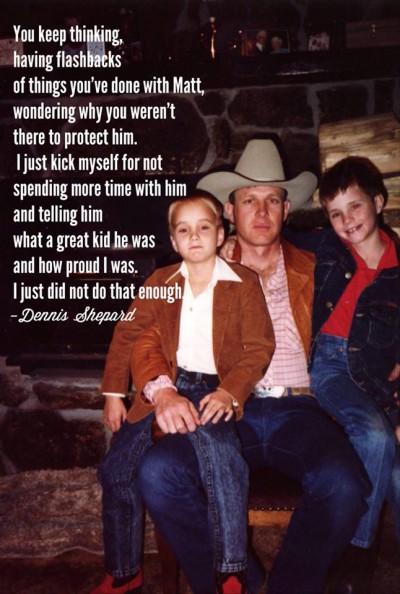 Josue said she had to fight the perception that people felt they had seen Matt’s story already and that it was ‘old news and that there wasn’t anything new that they would gain from watching it.’

But once audiences started seeing the film, that changed.

‘People were responding and wanting to learn more about Matt’s story and being effected still,’ she said.

Dennis Shepard is very pleased with the finished product.

‘This is an honest, factual portrayal of Matt with his highs and very low lows,’ the father said. ‘For people to understand that you can have these very low lows but you can come back out of those. You just have to keep fighting and he was on his way and he did not give up.

‘He was not this perfect child, he was far from perfect – he was a pain in the butt to his father. But at the same time he was so caring and so loving to his family and his friends that it just made for a well-rounded individual with flaws and good points. They give the honest facts about Matt, about the community and how Matt affected and influenced his friends at that time and even up to today. It’s pretty incredible the impact that he’s had.’