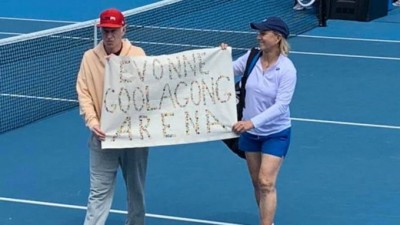 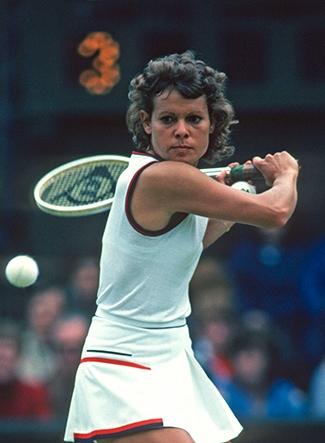 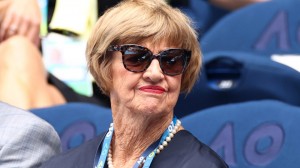 Martina Navratilova and John McEnroe are joined forces to protest Margaret Court Arena which is named after a notorious homophobe.

Navratilova and McEnroe have long criticized the fervent anti-LGBTQ views of Court who swept the Australian Open, French Open, Wimbledon and the U.S. Open 1970 and holds a record 24 grand slam singles titles. in the same calendar year.

Navratilova wrote in an essay this week: When airports, buildings, streets or stadiums are named after particular people, it is done, or at least should be done, to honor exceptional human beings—our heroes. Think Muhammad Ali, Nelson Mandela, Martin Luther King, Billie Jean King, Rod Laver, Rosa Parks. Would it not be appropriate if the Staples Center were renamed as a tribute to Kobe Bryant?

Such luminaries excelled in their fields and transcended them; they made a positive contribution to mankind; they led by example. And, perhaps most of all, they were on the right side of history. But Margaret Court does not belong in that company or category. Nobody disputes her achievements on the tennis court, and her place in the sport’s history remains as distinguished as it gets. Nobody wants to take away or diminish her career, least of all me. Margaret, Billie Jean and Rod were my childhood heroes. I wanted to be like them.

So, it pains me to say this, but Margaret Court Arena must be renamed. As a worthy replacement, my vote goes to Evonne Goolagong. Evonne is the embodiment of what a role model or hero truly is. Her heritage, her success against the odds, her Hall of Fame career and her exemplary life off court, in which she has given so much of herself to so many causes, are all attributes we can celebrate wholeheartedly.

In our tennis ‘family,’ we celebrate the good values of our sport and we love how democratic and inclusive it has become, the way it has driven out prejudice and unfair exclusion.

Yes, we have free speech in a democracy, but that doesn’t mean that free speech doesn’t have consequences. When Margaret goes out of her way to single out a group of people and tell them they don’t deserve equal rights, that they are less than good parents, that they are not godly, that’s not merely free speech. It’s hateful and hurtful speech and it’s injurious to countless vulnerable people.

Why not pick someone whom every child can look up to and want to emulate—a champion who inspires and motivates young and old to do their best and be their best every day?

For me, that person is Evonne Goolagong.

Martina boycotted an event honoring the 50th anniversary of Court’s 1970 Grand Slam sweep this week and the next day brought a sign, painted in aboriginal style, to the arena and asked McEnroe to join her demonstration.

“I stopped in an art shop and got a canvas and some colored pens and started coloring ‘Evonne Goolagong Arena’ in the aboriginal version — a very amateur version of aboriginal art — as an honor to Evonne Goolagong and where she came from,” she told the BBC. “John, I ran into him, and on the spur of the moment I asked him because he also talked about renaming the arena. He’s been very supportive of social change in tennis, so it was perfect. I wanted to be respectful, but most of all I just wanted to push the conversation forward again. I have no doubt it’s the right thing to do.”

Tennis Australia was not pleased and publicly reprimanded Navratilova and McEnroe.

On Wednesday, Navratilova apologized for “breaking protocol,” saying her stance on changing the name of the court hasn’t changed, but that she went about the protest the wrong way.

“I had no idea there was this kind of protocol,” she told the Tennis Channel. “Had I known, I would have done it differently. I would have still tried to make my statement, which is that you name buildings after not what people did on the court, but also off the court, the whole body of work.”

McEnroe also apologized via a statement, saying, “Admittedly I was never one to study the rule book carefully or for that matter, even at times abide by the rules. In this case, I was not aware of the Tennis Australia rules and protocol for issuing credentials. For that I apologize to Tennis Australia …”

It’s really Margaret Court who should be doing the apologizing.