Billy on the Street: It’s a holiday miracle as Billy Eichner is joined by Mariah Carey in celebration of “All I Want For Christmas Is You”

Margaret Cho sets the record straight: She is not making six-figures per episode of “Fashion Police” 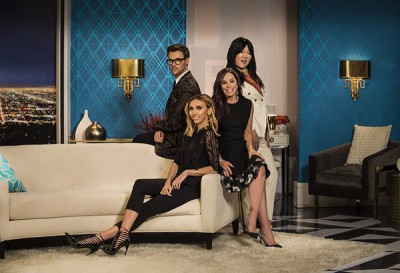 Radar Online reported Friday that Cho, after months of haggling, had landed a deal that pays her in the six figures to appear with Giuliana Rancic, Melissa Rivers, and Brad Goreski as one of the show’s co-hosts.

‘I am not making six figures!’ Cho wrote in a Facebook post. ‘I will earn about $5000 per episode, which isn’t actually very much for me, yet I am proud to make that much because I love to spend time with (writers) Tony Tripoli, Teddy Margas Melissa Rivers, Giuliana Rancic and Brad Goreski.

‘We get up at the crack of dawn and honor our old friend Joan Rivers. We laugh and enjoy each other and remember the magical woman and mentor we have lost. I am grateful to be on the show and I would do it for free. Six figures would be nice though! Who gets that for anything? I don’t even know! Not me!’

The show has struggled with finding the right on-air line-up since the tragic 2014 death of Rivers. Cho guest-hosted several times this year when the show returned in revamped form after the departure of Rivers’ replacement Kathy Griffin as well as longtime panelist Kelly Osbourne.

Billy on the Street: It’s a holiday miracle as Billy Eichner is joined by Mariah Carey in celebration of “All I Want For Christmas Is You”