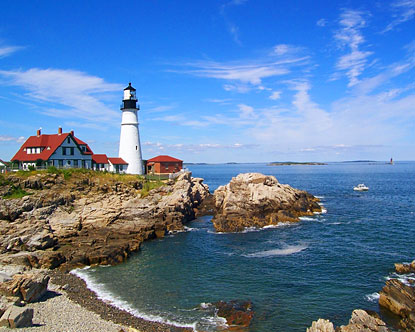 One of the worst nights of my adult life was Nov. 4, 2008 when California voters took away the right for same-sex couples to marry.

It had been legal for such a short period of time  and resulted in such happiness for so many couples in love. Then, the rug was pulled out from under them. It was such a shameful day in the history of this state where I have lived all my life and a shameful day for our nation.

Today, Maine voters are also being given the choice of whether or not to keep gay marriage legal and polls indicate that it could be a repeat of California.

I’m hoping for the best!

What bothers me the most I think is not that there are many people out there who are against marriage equality, but that it is something the public even votes on. How can you vote on equal rights and how can such an important thing be determined by how much money each side spent or what lies are told to voters.

We need federal marriage equality so the right to marry who you love is recognized across the board and we won’t have to go through these horrible elections.

Beck is currently the commanding officer of the LAPD’s Detective Bureau and rose through the ranks as part of Bratton’s leadership team.

My fellow blogger Karen Ocamb over at LGBTPOV reports that she received an email from openly gay LA Police Commissioner Robert Saltzman who indicated that Beck is a good pick for the LGBT community.

“All three candidates we forwarded to the Mayor had excellent qualifications and each would have made a very good choice for Chief of Police.  I look forward to working closely with Chief Beck on a variety of issues including further reform of the department, continuing the diversification of the LAPD, and ensuring policing that protects our Constitutional rights.

Chief Beck has an excellent record on issues of particular concern to the LGBT community.  He is sensitive to issues that directly affect LGBT people, and he understands our concerns.  What’s more, Chief Beck is a problem-solver by approach.  I am confident that we will work together closely to resolve any issues that arise.”

Congrats to the new chief!