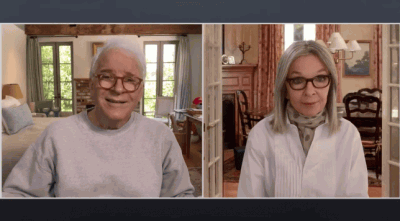 I didn’t even know this existed!

Twenty-five years after the second movie’s release, the Banks Family gathered together for a Zoom call and a very special wedding-related announcement.

In addition to returnees Steve Martin, Diane Keaton, Martin Short, Kieran Culkin (my favorite of all the cast in this), Kimberly Williams-Paisley, and George Newbern, we get Ben Platt as the now-grown baby from the second movie and Florence Pugh as the now-grown grandbaby. Alexandra Shipp plays the bride and her father is played by Robert DeNiro!