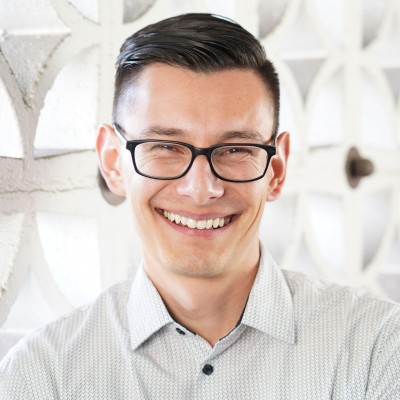 This is exciting news!!!

Jonathan Muñoz-Proulx will be the next Artistic Director of the Los Angeles LGBT Center’s highly-acclaimed Lily Tomlin/Jane Wagner Cultural Arts Center in Hollywood. Muñoz-Proulx is an Ovation Award-nominated director who is currently Director of Cultural Programming at A Noise Within Theatre in Pasadena. He also has served on the Latinx Theatre Commons National Advisory Committee and the LA STAGE Alliance Ovation Rules Committee.

“This invitation to serve as the next Artistic Director of the Los Angeles LGBT Center is a dream come true,” said Muñoz-Proulx. “As a queer, Latinx, millennial arts leader, seeing powerful LGBT stories onstage has viscerally impacted my life and creative practice. I’m honored to be called to service to champion this next chapter of inclusive, cathartic, healing, and joyous storytelling and community arts programming with, by, and for our community.”

Muñoz-Proulx will oversee both of the Center’s live performance venues—the 200-seat Renberg Theatre and the 50-seat black box Davidson/Valentini Theatre—located in The Village at Ed Gould Plaza, including The Village’s Advocate & Gochis Galleries. One of his top priorities is to engage communities through arts programming, which includes bringing emerging artists to the Center’s various locations, such as Center South in Leimert Park, Mi Centro in Boyle Heights, and Trans Wellness Center in Koreatown, to teach workshops and classes for free or at low cost. Muñoz-Proulx succeeds Director of Cultural Arts Jon Imparato who is set to retire June 30.

“When I knew for certain I was retiring, Jonathan was one of the first people who came to mind,” said Imparato, who produced the multiple award-winning Hit the Wall by Ike Holter and Edward Albee’s The Goat, or Who is Silvia?, among others. “He is a young, smart, and passionate visionary who is well-respected within the Los Angeles theater community. Once Jonathan accepted the job, a huge weight was lifted off my shoulders. I can rest assured knowing the Lily Tomlin/Jane Wagner Cultural Arts Center is in the right hands.”

Muñoz-Proulx’s résumé includes work as Associate Producer of Skylight Theatre, Vice Chair of Alliance of Los Angeles Playwrights, and Artistic Assistant at East West Players. He has served on grant panels for the California Arts Council and the LA County Department of Arts and Culture and as an adjunct faculty member in the University of Southern California M.F.A. Acting Program.

Since its founding in 1969, the Los Angeles LGBT Center has grown to a workforce of nearly 800 people—from among 10 facilities spanning Hollywood, West Hollywood, and South Los Angeles to Koreatown and the eastside neighborhood of Boyle Heights—who offer programs, services, and global advocacy across four broad categories: Health; Social Services and Housing; Culture and Education; and Leadership and Advocacy. The world’s largest LGBT organization welcomes approximately 50,000 client visits each month.