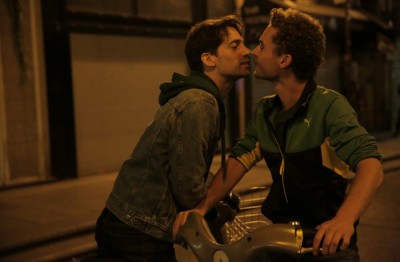 The Long Beach QFilm Festival starts Thursday and I highly recommend you take in some of the movies during this terrific festival that I have come to love.

I’m so excited to see so many of the films and to go to the parties in between – it is always a good time. (See full schedule HERE) 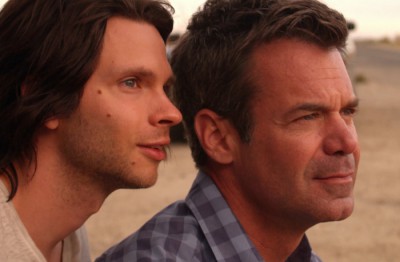 You all know what a huge Tuc Watkins fan I am so it was such a treat to see one of my favorite actors in a leading role in a feature film – something that should have happened more in the past and I hope does in the future. We know how terrific Tuc is in light comedy but Retake is a very dark film and gives him the opportunity to play a very dark, very screwed-up man. And yet, he’s sexy in this film about a man who connects with a prostitute who he hires to accompany him on a road trip the Grand Canyon. Tuc will be at Saturday’s screening by the way. 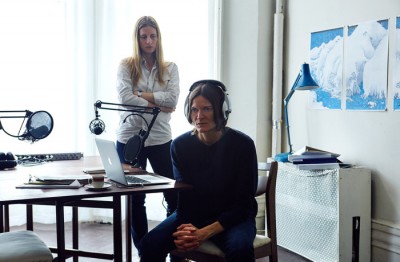 The third movie I saw at Outfest that screens in Long Beach is the excellent Women Who Kill directed and written by Ingrid Jungermann It won the screenwriting prize at Outfest. The film is about commitment phobic Morgan and her ex-girlfriend Jean who are locally famous true crime podcasters obsessed with female serial killers. There’s a chance they may still have feelings for each other. 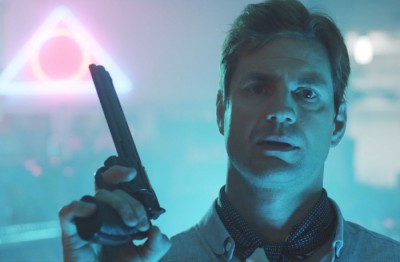 One of the movies on my must-see list that I have not seen yet is the gay thriller Kiss Me, Kill Me which I am an extra in! So I’ve got to see it not only because my faves Gale Harold, Van Hansis and Kit Williamson are in it, but because I have to try and spot myself here or there. Directed by Casper Andreas and written by David Michael Barrett, a sexy gay thriller. Dusty (Hansis) blacks out while confronting his cheating boyfriend Stephen, (Harold). When Dusty comes to, Stephen was murdered and he’s the prime suspect.

Another film I’m really looking forward to is Shared Rooms which screens on opening night. It’s directed and written by Rob Williams and explores the meaning of home and family through three interrelated stories of gay men finding connections during the week between Christmas and New Year’s Day.

Other acclaimed films which screened at Outfest that I missed – and hear great things about – are: Jewel’s Catch One, Kiki and Raising Zoey. I won’t miss them this time around!

Long Beach QFilm Festival was launched in 1993 and more than 1,500 people attend each year. The movies are screened at the Art Theatre Sept 8-11.

Don’t miss it! Buy your tickets at the festival’s website!