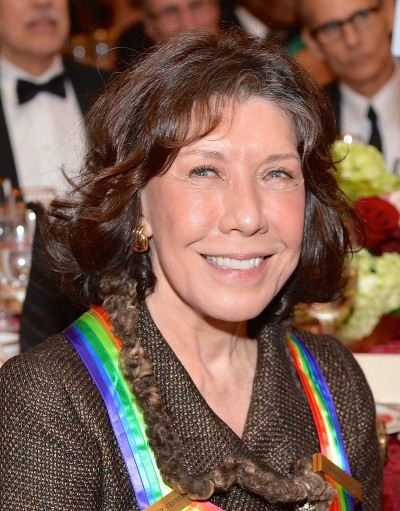 Turner Classic Movies today announced it will honor iconic actress and comedian Lily Tomlin with a hand and footprint ceremony in the courtyard of the world-famous TCL Chinese Theatre Imax® in Hollywood during the 13th TCM Classic Film Festival on Friday, April 22.

In addition, the third Robert Osborne Award, recognizing an individual who has helped keep the cultural heritage of classic film alive for future generations, will be presented to one of the world’s most respected film critics and historians, Leonard Maltin.

Festival passes for the annual event are currently on sale, with Early Bird pricing in place until December 10th.

In conjunction with the honors at the event, Maltin will introduce a screening of Counsellor at Law (1933) starring John Barrymore during the festival. Fans can also enjoy screenings of newly announced titles – After the Thin Man (1936), Hail the Conquering Hero (1944), Force of Evil (1948), Baby Face (1933), and The Slender Thread (1965).

“I am thrilled that the TCM Classic Film Festival will be returning to Hollywood in 2022 and that we’ll have the opportunity to celebrate these two legitimate legends in-person,” said Ben Mankiewicz, TCM primetime anchor and official host of the TCM Classic Film Festival. “Lily Tomlin’s work has endured for decades because she brings a consistent joyous authenticity and richness to every character she plays. She pulls it off whether she’s performing sketch comedy on Rowan & Martin’s Laugh-In; working inside an ensemble cast in Robert Altman’s Nashville; trying to sneak a dead body out of a hospital with Jane Fonda and Dolly Parton in 9 to 5; reinventing herself in Grace and Frankie; or breaking new ground in her innovative one-woman show, The Search for Signs of Intelligent Life in the Universe,” Mankiewicz said. “And Leonard Maltin continues to be an indispensable source of film knowledge. His books were IMDB and Wikipedia in a pre-internet age. If you didn’t have a copy – or six – of Leonard Maltin’s Movie Guide, you weren’t a serious film buff. He made information about movies accessible and compelling to millions of fans. I know because I was one.”

Tomlin, a Tony, Grammy, eight-time Emmy® and two-time Peabody Award winner, has had a remarkable career starting in the 1960s starring in cinematic classics, television staples and on stage.

Tomlin and Maltin were announced to receive these honors at the 2020 TCM Classic Film Festival, which was canceled due to the pandemic. To learn more, please visit tcm.com/festival.