Leslie Jordan on his Instagram fame: “I can’t go near a gay club now I’m famous – it’s a nightmare!” 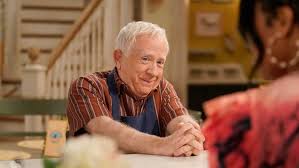 One of my favorite showbiz stories to take place during the pandemic has been Emmy winner Leslie Jordan’s skyrocketing fame thanks to Instagram. Of course, he’s been working steadily on television, in movies, and on stage for decades and won an Emmy in 2006 for his recurring role on Will & Grace. But with 5.7 million Instagram followers, he’s experiencing the kind of fame that Hearts Afire, Sordid Lives, Southern Baptist Sissies, The Cool Kids, The Help, and American Horror Story combined had not brought.

He talks about that and more in a new interview with NME. Here’s an excerpt:

“People think I’m an overnight success, but I’ve been doing this for 40 years now. In the past I’ve had certain levels of fame – especially with Will & Grace – but it’s nothing compared to how it’s been lately. I used to love sitting in Starbucks with my tea and four different newspapers, but I can’t do that now. People come by and ask for a picture, and I’m so gracious that I’m not gonna say no. Everywhere I go now, it’s like a tiny little public appearance, but it’s what I’ve wanted my entire life. When I first moved to Los Angeles, I remember thinking: ‘Wouldn’t it be fun to walk into a gay club and have everyone know who you are?’ Well, I couldn’t go near a gay club now – it would be a nightmare!”