Laverne Cox’s ‘Doubt’ character will have romance: ‘I thought, “Okay, this is something I’ve never seen on TV”‘ 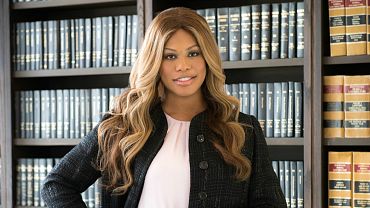 Laverne Cox’s character on the new CBS legal drama Doubt will not be spending all of her time in a courtroom.

‘It felt groundbreaking … when we started shooting that part,’ Cox said this week on AOL Build.

‘I thought, “Okay, this is something I’ve never seen on TV.” I hadn’t personally seen a trans woman be pursued by a straight identified man on national television knowing that she’s transgender. That felt revolutionary, that felt groundbreaking. It was really exciting for me as an actress who’s always wanted to see that.’

Cox, who rose to stardom on the Netflix series Orange in the New Black, hopes the scenes about Cameron’s personal life will entertain but also educate.

Cox was able to give her input into that element and other parts of her character because the writers invited all the series regulars to discuss their character arcs through the season and to give suggestions.

They asked Cox to share some of her experience dating because they wanted a love story for Cameron.

‘I relished the opportunity … it made me feel valued – deeply valued – that my voice was valued not only as an actress but as someone who had life experience to contribute. It was really moving for me to read the scripts and see how they incorporated some of my ideas.’