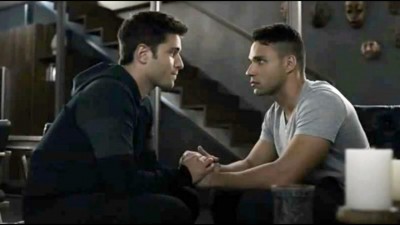 TK and Carlos have been officially 100 percent a couple since the second season premiere of 9-1-1: Lone Star in January.

It’s nice to see them grow closer and to see their families worked into their storyline – especially TK’s who is played by Rob Lowe.

Of the many, many roles Lowe has played on television and in movies, this is shaping up to be one of my favorites because of how supportive he is of his gay son and his son’s boyfriend.

Here are some scenes for you to enjoy: