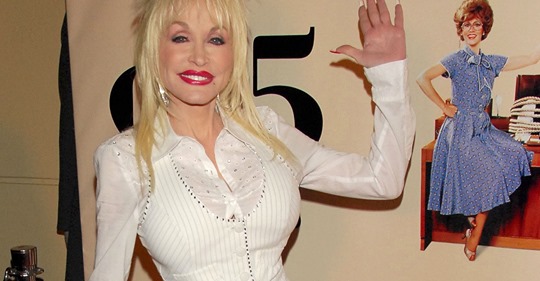 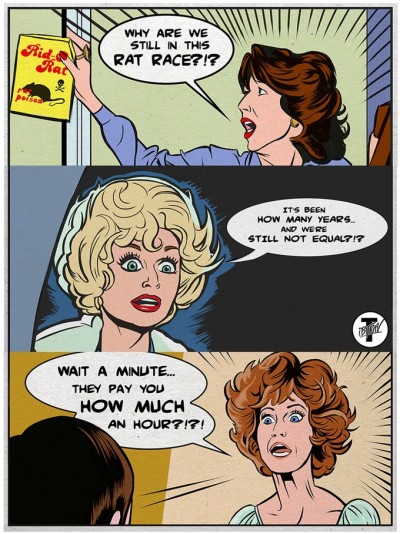 I’m very excited for the latest film project being tackled by Gary Lane and Larry Lane who co-produced and appeared in 2012′s Hollywood to Dollywood, a feature-length documentary that played at 60 film festivals and won 24 festival awards.

There is another Dolly Parton connection in Still Working 9 to 5, a documentary that examines the 40 year evolution of gender inequality and discrimination in the workplace since the 1980 release of the classic seminal comedy, 9 to 5 which starred Parton, Jane Fonda, Lily Tomlin, and Dabney Coleman.

A Kickstarter campaign was launched today for the project with a goal of raising $165,000 with some custom-made merchandise such as mugs, magnets, blankets, posters and more available as rewards. The art was created by Travis Falligant at IBTrav Artworks.

Gary Lane and Camille Hardman are producers/directors of the film and Larry Lane is executive producer. Shane McAnally, a three-time Grammy winner, is composing music for the film which is being edited by Elisa Bonora who edited the Sundance Grand Jury nominated film David Crosby: Remember My Name.

The Kickstarter page states: The documentary explores of how the success of the original film spawned several 9 to 5 incarnations over the decades. The TV version of the 1980’s lasted 85 episodes and starred the Emmy-nominated Rita Moreno, Rachel Dennison (Dolly’s sister), Valerie Curtin, and Sally Struthers. In 2009, 9 to 5, The Musical opened on Broadway with an all-star cast including Allison Janney, closing after only five months. We follow these ups and downs of the 9 to 5 franchise, mirroring in many ways the ups and downs of women’s fight for equal rights. We interview many of the cast and crew, as they use their sense of humor to tell of their behind-the-scenes observations and experiences.

Still Working 9 to 5 examines the correlation between what the original film began as – a cultural inflection point, and the subsequent evolution of the women’s movement up until today including the MeToo movement and Times Up and what . We explore the history of the Equal Rights Amendment, harassment in the workplace, pay gap, sexism, and discrimination, and interweave 9 to 5 and it’s various incarnations to debate if things have really changed in the work place over the last 40 years or whether in some cases they have gotten worse.

Wishing the best of luck to all involved!

Below is a sizzle reel of some of what has been shot so far!