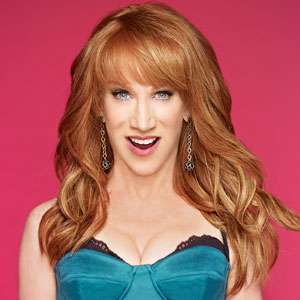 Best In Drag Show – the outrageous and long-running annual fundraiser for Aid for AIDS – has announced that two-time Emmy Award winner (and Grammy winner!) Kathy Griffin will headline this year’s event for her 11th time.

After an opening monologue, Kathy will join the celebrity judge panel which will include Melanie Griffith, Emmy winner Holland Taylor, Glee’s Dot-Marie Jones, and Kathy Kinney. Additional celebrity judges will be announced soon.

The show will be held on October 5, 2014 at the Orpheum Theatre in downtown Los Angeles.

Event co-founder Patrick Rush will return to host the show.  Jeffrey Drew, long-time lead star throughout the history of Best In Drag Show, will once again direct, choreograph and helm the 2014 production.

Best in Drag Show was originally founded by Alexis Pittman with a small group of friends in his West Hollywood living room in 1989. Then called Battle for the Tiara, the event raised $400, collected from 20 people.

Due to its increasing popularity, the show was moved to subsequently larger venues and has grown into a large and highly-anticipated annual beauty pageant spoof that makes fun of itself, while keeping the focus on giving back to the community.

The current version has run since 2003, and has raised over $3 million for Aid for AIDS, in support of the work of the non-profit throughout Los Angeles County to prevent homelessness and hunger for men, women, and families living with HIV/AIDS.