Judith Light gets star on Hollywood Walk of Fame 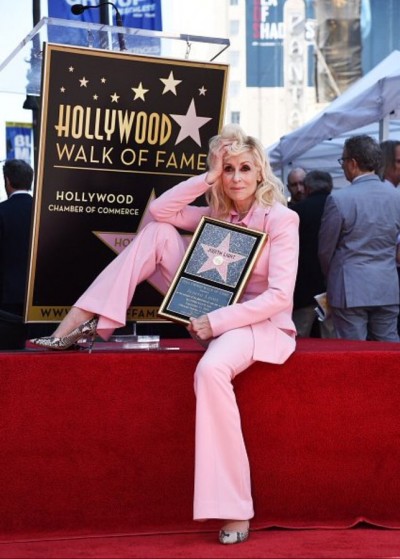 How wonderful and well-deserved.

Judith Light earlier today received a star on the Hollywood Walk of Fame.

The beloved LGBT icon is best known for her roles on TV’s Who’s the Boss, Transparent, Ugly Betty, and One Life to Live for which she won two Daytime Emmy Awards.

But the star is for her April as an acclaimed stage actress who has won two Tony Awards for her performances in Broadway plays. In June, she was presented with a third Tony Award: the prestigious Isabelle Stevenson Award for humanitarian work.

The ceremony took place in front of the El Centro Complex on Hollywood Boulevard, near the corner of Hollywood and Vine.

Light heaped praise on a host of people with whom she has worked over the years, saying she would not be receiving the honor without them.

“If you were not in my life, I would not be standing here,” she said. “… You remind of the thrill of the work we do, the privilege we have to tell stories and share them with others. You remind me that our business is an act of service. This star is the representation of our connectedness, our support for each other and our joy in each other.

“… I say to all of you with deep and profound gratitude, thank you,” she also said. “You remind me of who we all really and truly are. We are each other’s star.”