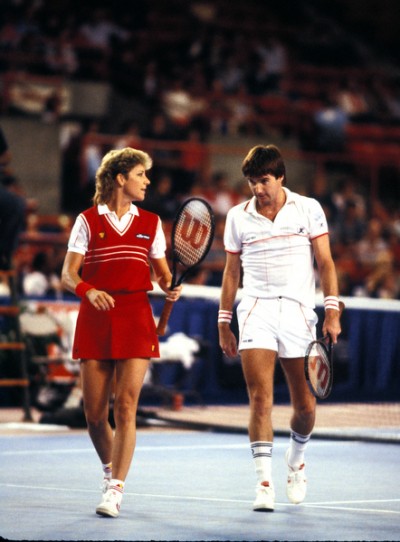 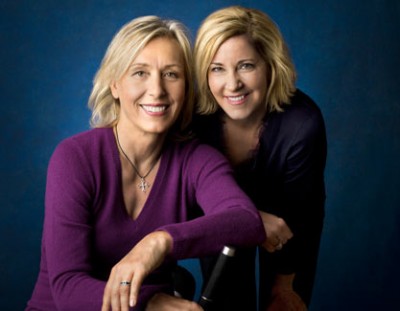 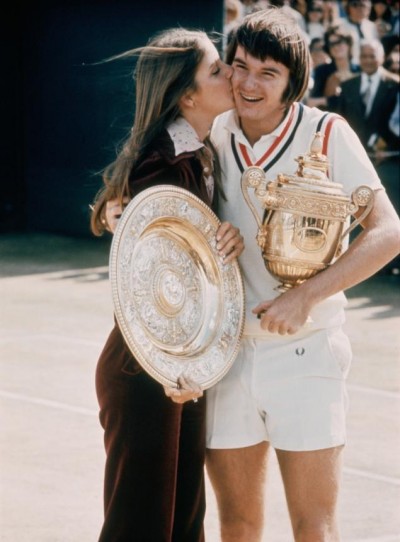 Tennis great Chris Evert has been on my mind in the past week because of the Jason Collins coming out story.

In the same way that Kobe Bryant was quickly supportive – publicly – of Collins coming out, Evert did likewise back in 1981 when both Martina Navratilova and Billie Jean King came out.

It was important that Chrissie, America’s sweetheart and the number one player in the world at the time – be a visible straight ally to her rivals then and she has steadfastly remained one in the years since.

So I feel bad for Chrissie that a former love is hanging out some dirty laundry from nearly 40 years ago in order to sell books.

Jimmy Connors, the former tennis champ who was engaged to Evert in 1974 when both won the Wimbledon singles crowns, strongly hints in his new memoir, Outsider, that Evert had an abortion that year and left him out of the decision process.

According to an excerpt in the New York Daily News he writes: “An issue had arisen as a result of youthful passion and a decision had to be made as a couple.”

Connors writes he wanted to “let nature take its course” and accept responsibility “for what was to come. … Chrissie . . . made up her mind that the timing was bad and too much was riding on her future.”

What was riding was one of the greatest careers in the history of sports as Evert went on to win Wimbledon three times, the US Open six times, the French Open a record seven times and the Australian Open, which she rarely played in, twice. She also has the highest winning percentage of any player – male or female – in tennis history.

Connors writes: “It kept going back to the same old question: Can two number ones exist in the same family?”

Apparently not. Connors went on to marry Playboy centerfold Patti McGuire with whom he has two children while Evert was married to British tennis pro John Lloyd for eight years then to Olympic skier Andy Mill – the father of her three sons – for nearly two decades. She left Mill to be with golfer Greg Norman to whom she was married to for 15 months before they split.

Evert has just released this statement: “In his book, Jimmy Connors has written about a time in our relationship that was very personal and emotionally painful. I am extremely disappointed that he used the book to misrepresent a private matter that took place 40 years ago and made it public without my knowledge. I hope that everyone can understand that I have no further comment.”

She currently works as a commentator for ESPN during the major tennis tournaments and runs her own tennis academy in Florida.

Earlier today, Chrissie wrote this on Twitter: “Thank you guys for your support this week; means a lot to me…”