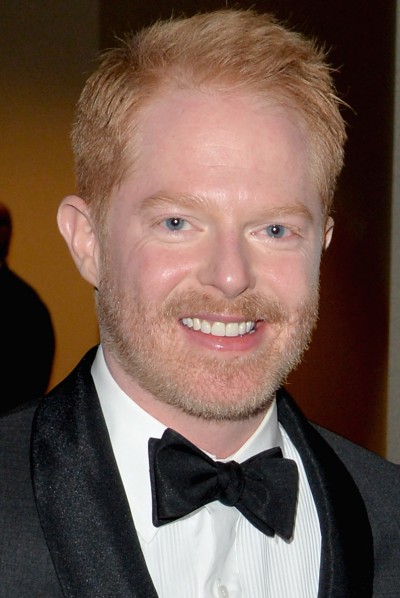 The Betty DeGeneres Advocacy Award is the marquee honor of PFLAG Parent Day and will be presented to Ferguson by the award’s inaugural recipient, George Takei. The award, named in honor of longtime member of PFLAG Betty DeGeneres who is the mother of Ellen DeGeneres, recognizes a person who uses their visibility to help advance PFLAG’s work to create a caring, just, and affirming world for LGBTQ+ people and those who love them.

“I want to thank PFLAG National for inviting me to be a part of PFLAG Parent Day,” said Ferguson. “I’m grateful to be included, mostly as it gives me the opportunity to thank the whole PFLAG family for all the work they do every day to make a better, more equitable world for LGBTQ+ youth and their families.”

Ferguson is an actor, author, producer, host, and longtime advocate for the LGBTQIA+ community. Earlier this week, he was nominated for a Tony Award for “Best Actor in a Featured Role in a Play” for his performance in the critically-acclaimed revival of Richard Greenberg’s Take Me Out. He is perhaps best known for starring for 11 seasons on ABC’s beloved comedy series, “Modern Family,” for which he received five Emmy Award nominations for his work as ‘Mitchell Prichett’, among countless honors. He recently executive produced the BAFTA-winning and Emmy-nominated documentary, Welcome to Chechnya, a searing documentary from acclaimed journalist and filmmaker David France about a group of brave activists risking their lives to confront the ongoing anti-LGBTQ campaign in the Russian republic of Chechnya; PFLAG National was a proud partner on the release of the film.

He also produced the documentary Broadway Rising which will premiere at the Tribeca Festival and tells the inspiring journey back to the stage and the toll of the pandemic on the Broadway community after a historic closure. The feature-length documentary follows subjects from all areas of the Broadway community – stage doormen, wardrobe technicians, playwrights, producers, actors, ushers, dancers, and directors – to paint a full picture of the strength and diversity of the people on the stage and behind the scenes & their resilience, hope and dedication of being part of Broadway’s reopening. 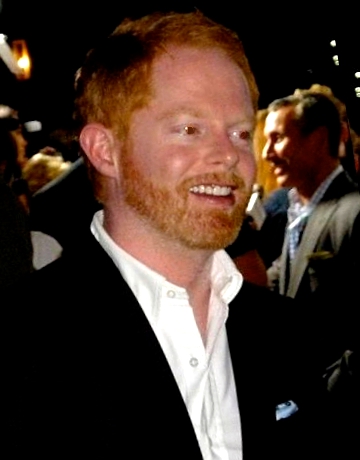 “We at PFLAG are thrilled to honor Jesse Tyler Ferguson with the 2022 Betty DeGeneres Advocacy Award. In his professional career as an actor and off-stage in his life and charitable endeavors, Jesse defines what it means to be an advocate, in every sense of the word. We look forward to celebrating him alongside all of our families on PFLAG Parent Day,” said Brian K. Bond, Executive Director of PFLAG National.

Upcoming, Ferguson’s scripted podcast Gay Pride and Prejudice is set to be released exclusively on Spotify on May 25, 2022. It is a modern adaptation of Jane Austen’s Pride and Prejudice from Spotify and Gimlet. When same sex marriage finally becomes legal, Bennet struggles to find belonging when his chosen family suddenly begins coupling off and settling down. Jesse executive produced and lent his voice to the podcast. Among his countless credits, Ferguson hosted the reboot of HGTV’s “Extreme Makeover: Home Edition” in 2020, as well as the prestigious James Beard Awards in 2017 and 2019. He made his Broadway debut in George C. Wolfe’s revival of On the Town and later went on to star in the Tony-winning musical The 25th Annual Putnam County Spelling Bee. In 2017, Ferguson returned to Broadway and won the Drama Desk Award for Best Solo Performance for his outrageous 40-character turn in the Broadway production of Fully Committed.

Ferguson’s charitable work includes the nonprofit Tie the Knot, which he founded in 2012 with his husband Justin Mikita, raising over 1.5 million dollars for impactful LGBTQ+ organizations. In 2021, Tie the Knot became PRONOUN and continues working against continued oppression, from trans and non-binary loved ones under legislative attack; to the murders of trans women of color, and the need to pass federal non-discrimination protections in Congress.

PFLAG Parent Day 2022 celebrates the parenting people who rise up in support of rights for LGBTQ+ loved ones and for their communities, championing the spirit of PFLAG founder, Jeanne Manford, the mother of the modern LGBTQ+ ally movement.

PFLAG Parent Day is also an opportunity to contribute to PFLAG National’s life-saving programs that provide support, education, and advocacy for LGBTQ+ people, their parents and families, and allies across the country. The live virtual event will serve as a touchpoint to engage and inspire advocates and allies who believe all kids, no matter their race, genders or sexual orientation, should be free to be themselves.