Can you manage this Tom Daley workout? 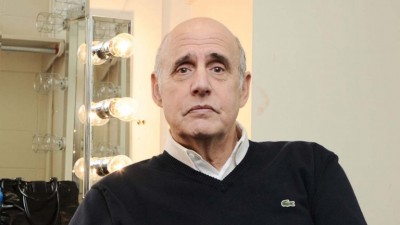 Jeffrey Tambor opened up publicly for the first time about his exit from Transparent in a new interview with Gilbert Gottfried and Frank Santopadre for Gilbert Gottfried’s Colossal Show on SiriusXM.

Tambor won two Emmys for his portrayal as Maura, a 70-year-old parent who comes out as a transgender woman to her family. But his time on the show ended abruptly in 2017 when he was accused of sexual misconduct by his former assistant Van Barnes and his “Transparent” co-star Trace Lysette. A third accuser, a makeup artist, came forward later with another allegation.

“I just want to make it really, really clear for your listeners out there that I’m not this guy. I in no way ever, ever intended to make anyone feel uncomfortable,” Tambor says. “This cast was amazing. It was sort of raucous. It was wonderful and irreverent and loving and personal. We told personal stories and I got to be Jeffrey and I got to play Maura and it was vital for the [LGBTQ] community, I’m so proud of it.”

“Regarding how I left the show,” Tambor says, “I just want to say, I never, ever, ever, ever intended to make anyone feel uncomfortable, ever. My wife is here and, you know, I have character defects — and she has the list of that where you’re going to distribute. But this, we loved each other. We were irreverent. We were honest. We were vulnerable. We had stories that were very, very personal. We trusted one another. It was a set like no other. And there had to be, of course, instances where my interaction would be with these lovely people, could have been mistaken way other, way other, than how I intended.”

He continued, “I’m sorry it ended the way it did, but I have to say it, I’m so proud of playing Maura and part of the LGBT community and getting that important message out, and it’s a highlight of my life and I just can’t let the day go short and I can’t leave this studio without saying something.”

Can you manage this Tom Daley workout?

Even though they’ve both tested positive for COVID-19, Chris Cuomo still must be separate from his wife