“It Gets Better” to get special Emmy Award 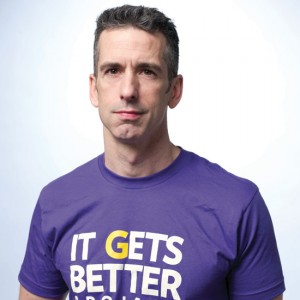 It Gets Better, the viral campaign launched by Dan Savage and Terry Miller, will receive the Governors Award from the Television Academy.

The project was launched in September 2010 on YouTube. Savage and Miller launched it in the wake of suicides of students who had been bullied. Their effort to inspire hope for young people facing harassment expanded into more than 50,000 videos that have been viewed more than 50 million times. Among those who have made videos are President Barack Obama, Secretary of State Hillary Clinton and out performers Neil Patrick Harris, Chris Colfer and Ellen DeGeneres.

‘The It Gets Better Project is a great example of strategically, creatively and powerfully utilizing the media to educate and inspire,’ TV Academy chairman and CEO Bruce Rosenblum said in a statement.

‘This is television moving well beyond the traditional physical set in the viewer’s living room to the intimacy of the monitor, laptop, tablet or mobile device and delivering the ideal mix of inspiration and creativity to affect awareness and, ultimately, change,’ Rosenblum added. ‘The Academy is proud to celebrate the success the project is already having on LGBT youth, and, to hopefully, drive more visibility for this important cause.’

Savage and Miller are already nominated for an Emmy in the category of Outstanding Children’s Nonfiction, Reality, or Reality-Competition Program. Both their Governors Award and the category for which they are nominated will be presented at the Creative Arts Emmys ceremony on Sept. 15.