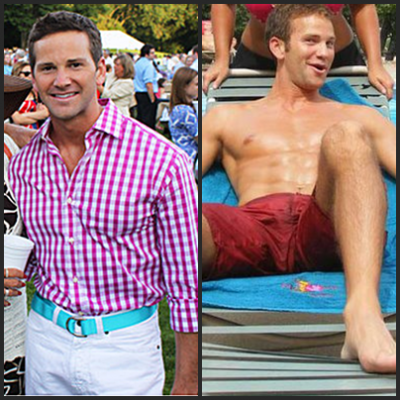 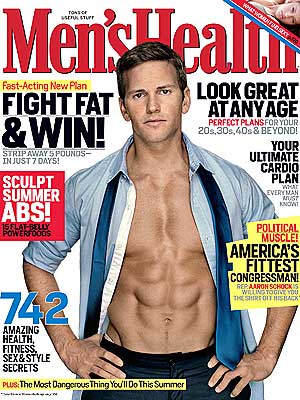 Aaron Schock is a Republican congressman from Illinois who is anti-gay marriage and has a perfect voting record against anti-LGBT equality.

Well, you pretty much can’t be a Republican these days and be pro-gay – it’s just not allowed!

What if you are toeing the party line and you are actually a closet case gay?

The “evidence” on the guy doesn’t include a real smoking gun. Just things like wearing a teal belt to an event, being obsessed with his body, and then there’s cutie pie diver Tom Daley being one of only 71 people he follows on Instagram.

Here’s an excerpt of Hod’s post which seemed to be sparked by the Americablog item:

Here’s a hypothetical: what if you know a certain GOP congressman, let’s just say from Illinois, is gay… and you know this because one of your friends, a journalist for a reputable network, told you in no uncertain terms that he caught that GOP congressman and his male roommate in the shower… together. Now they could have been good friends just trying to conserve water.

Hod wonders: ‘Doesn’t the media have an OBLIGATION to expose his hypocrisy? If he had done something so hypocritical and he wasn’t gay, wouldn’t we demand journalists do their job? But they can’t… because we won’t let them. you’re not allowed to out ANYONE, we tell them. We’ve created a situation where even though news organizations know this guy is gay, they can’t report it because he hasn’t said so on twitter.’

What do you all think? Should someone be outed if they are anti-gay in their public life and secretly gay in their private life?