Exclusive! My footage of a shirtless Alexander Zverev on the practice court in Indian Wells!

WATCH: Here’s a first look at “Being the Ricardos” starring Nicole Kidman as Lucille Ball! 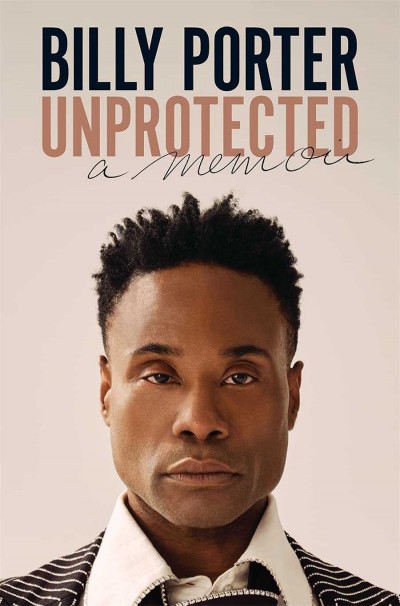 GLAAD, the world’s largest lesbian, gay, bisexual, transgender, and queer (LGBTQ) media advocacy organization, today released a new interview with Tony, Grammy, and Emmy-Award winning actor and musician Billy Porter. In the interview with Anthony Allen Ramos, GLAAD’s Head of Talent, Porter talks openly about the healing process of writing his memoir Unprotected, which covers race, sexuality, art and healing. Porter also talks about his new single “Children,” which is also based on his life experiences and gives insight into his long relationship with fashion. Billy Porter’s memoir Unprotected will be available on October 19.

Billy Porter on the opportunity to tell his own story by writing the memoir “Unprotected”:
“I feel really excited to set whatever records straight that need to be set straight. I don’t always know what those are but when you are a person in the public eye, and especially now with all of this social media stuff going on in the world, people make up shit! They think they know. I am not a huge communicator, I’m not a huge believer in communicating with people online. I have a mantra that I repeat to myself everyday which goes like this: ‘I do not now, nor will I ever adjudicate my life or humanity in sound bites on social media.’ You will never see me responding, you will never see me having fights with anybody online. I don’t do that. You’ve got some questions? It’s in that book! Every question you have will be answered!”

Billy Porter on how he prepared himself to write the more difficult chapters about his childhood, being bullied, and sexually abused:
“Here is the thing about being an artist and the difference between being an artist and a superstar. Art is from the inside out. Art heals. I have been practicing my healing for my entire life through my art. So this book is just an extension of the work that I have already been doing to try to be the best human being on this planet while I am here, that I can be. It is thrilling because I never thought it would come out in a book. That was not a goal for me, I was not looking to write a memoir, or be an author in that way. But it came to me and I was afraid of it and as artists the thing that you should do is the thing that you are most afraid of.”

Billy Porter on his iconic style:
“I have always done my own fashion. I have been laughed at. I have been called ridiculous. People just didn’t get what I was trying to do for a very long time. I have never felt muted. What’s interesting is playing with the gender freeness and melting the masculine and the feminine was not something that I ever thought about doing. It wasn’t because I felt muted…I just never thought about it.”

Billy Porter on how fashion designer Rick Owens impacted him to blend masculine and feminine styles:
“It just cracked open this space for me to step into embrace and love my feminine side which for the majority of my life I was told would be my liability, and it was my liability for a really long time. So I love how organically my fashion has transformed me as a human being, me as an artist, and thereby the world. That has blown my mind.”

Billy Porter on advice for LGBTQ youth who are getting bullied:
“It is a very difficult space we are in because from every corner, from every sector, from every space we are being attacked. The hardest thing is to ground yourself from the inside. The need for validation from anything on the outside will always be one’s downfall. The first thing we must learn how to do and understand how to do is love ourselves. Whatever that means, whatever that takes, it’s the hardest thing to do. Start now. Start today.”

Billy Porter on finally being given the opportunities in his career after “Pose” and the heartbreak of not getting the part in “The WIz:”
“I feel like I created a space where I personally understand that I am exactly where I need to be. And if there is something that I want that I don’t get, it’s not for me. I talk about the pain and the disappointment of not being in the television production of The Wiz a few years back, and how hurt I was by that. With the Tony, and the Grammy. It still was not enough. I was so hurt, but I understood that it wasn’t mine, and understood why it wasn’t mine, and I had to let it go. And then I sat in the Greek Theater for the premiere of Cinderella. And here I am transforming from a butterfly into the fairy godmother. I didn’t need to be in The Wiz. The universe was preparing me for something greater than that for me. To be old enough and mature enough in my life, my career and my art to understand that brings a real peace to this process that I haven’t had before.”

Billy Porter on his decision to disclose his HIV-positive status earlier this year:
“I have always wanted to use my art to heal. I just knew that with the success that I was having, the position that I was put in. The role and the show Pose and Praytell, that I was blessed with, that it was time. Life imitates art, art imitates life and as a result, we as humans get to be the better for it. I want to be a part of the change that I don’t see. I want to be a part of the yes to the people who only hear no. I’ve heard ‘no’ my whole life and I got to ‘yes’ because I bet on myself. I want the whole world to understand that. I chose the truth.”

Billy Porter on his new single “Children” and the next chapter of his music career:
“It’s like a manifesto and a call to action, and a celebration. It’s celebratory and political simultaneously. It embraces all of the things that I am without apology. That is not something that I have ever been able to experience in my mainstream music before and so I am thrilled to be given another shot! This is it!”

Billy Porter on what he hopes people take away from his memoir, “Unprotected:”
“To know that you can dream the impossible, dream beyond any circumstance and have the fullest and most complete life that you want to have. It takes work and it can happen!”

Exclusive! My footage of a shirtless Alexander Zverev on the practice court in Indian Wells!

WATCH: Here’s a first look at “Being the Ricardos” starring Nicole Kidman as Lucille Ball!