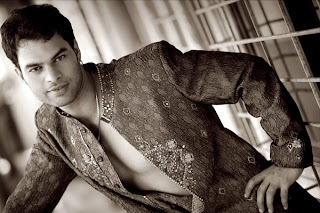 All I can say is that after reading about the story below, I love my always supportive dad all the more.

You would think that landing a leading role in Indian cinema’s first gay love story, Dunno Y… Na Jaane Kyun, would be a dream come true for any actor.

But for Yuvraaj Parasher, it’s turning out to be something of a nightmare at least when it comes to family.

Yuvraaj’s father Satish Parasher is ready to go to court and officially cut off ties with his son telling reporters: “I feel what he has done is against the culture and tradition of our country and it challenges the purity of the relationship between a man and a woman. He kept us in the dark right from when he signed the film and told us that he is acting with a girl. When we heard about the poster and the things he has done in the film, we were shocked, hurt and humiliated. People will make fun of us and we won’t be able to live peacefully ever again.”

“His mother is totally devastated,” the elder Parasher adds. “We are a respected family and I’m appalled that he is playing a gay man’s role. We’re finished. All the dreams and hopes we had built around him are over. For just a film role, he has lost out on his blood ties. We don’t want to see his face ever … not even when we are dying.”
Can you imagine any parent saying these things? Egads.

The actor had been thrilled to land the role saying in an earlier interview with Indyarocks: “I feel cinema and the audience have changed. I never wanted to make my debut as a collegian wooing a chick on a bike. When I was selected to play gay in the audition, I was elated. I’d rather do something unconventional.”

Speaking about making love to a guy on camera, Yuvraaj said: “It was awkward. After doing it with Kapil we avoided each other. Finally we looked at one another and burst laughing.”

His father clearly has no such sense of humor.