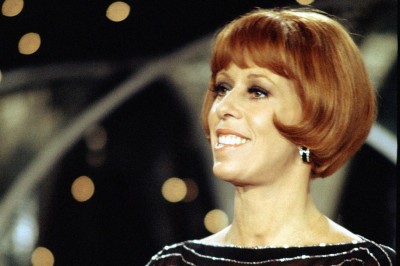 Some of my favorite childhood memories were the times I managed to stay up late enough on a Saturday night to watch The Carol Burnett Show.

Had not seen The Butler and the Maid before and think it’s a hoot – especially when Harvey Korman’s butler (Tim Conway) burps him. Enjoy!

Miss Burnett has accomplished so much in her career including triumphs on Broadway (Once Upon a Mattress, Moon Over Buffalo, Putting It Together) in feature films (Annie, The Front Page, Pete & Tillie)), TV movies (Friendly Fire, The Tenth Month, Between Friends) and became a star on The Garry Moore Show.

But it is her delicious variety series that we most cherish.

Billy Porter speaks out: “Every day of my life, my humanity has been up for legislation”