In exclusive interview, Cher’s sister Georganne LaPiere talks about her days on “General Hospital” and not being asked back 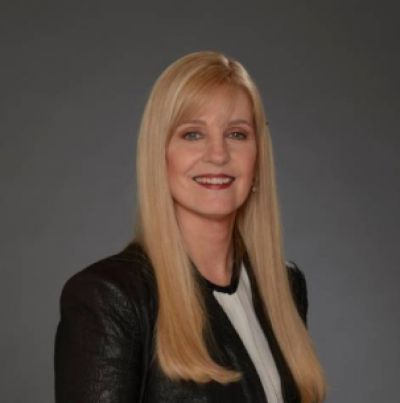 ABC’s General Hospital has been celebrating its 50th anniversary in recent weeks with many of the show’s former stars back for at least short stints including Genie Francis, Rick Springfield, Jack Wagner, Jacklyn Zeman and even Richard Simmons.

Georganne LaPiere, who originated the role of Heather Grant Webber in 1976, tells Greg In Hollywood in a rare interview that she would have loved to have been part of this and previous anniversary celebrations but has never been asked. This left her feeling “disappointed and hurt.”

But she holds out hope that one day soon she will be asked to step into scheming Heather’s shoes again.

At 61, Georganne is still a stunner and will appear on TV screens again next month with her sister, Cher, and nephew Chaz Bono in the special Dear Mom, Love Cher to air on Lifetime on May 6. It tells the fascinating story of their mother, 86-year-old Georgia Holt. 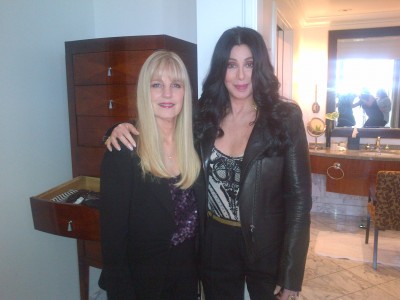 Georganne and I conducted the interview via email but we first chatted on the phone for about an hour – all off the record – about her days on General Hospital, about Cher, about Chaz, about Twitter, the unreliability of Wikipedia and several other topics.

I worried that she might not be as candid in her email answers. But she was as open and honest as she was during our conversation during which she mentioned that she did her first interview back in 1965 with Tiger Beat magazine – that was the year Cher and the late Sonny Bono hit the top of the music charts with I Got You Babe. 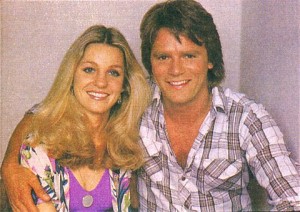 So even though she rarely gives interviews these days, she’s not new at it! I’m happy to share Part 1 of my interview with Georganne with you today.

Q. This is the 50th anniversary week for General Hospital and there are so many loyal fans who remember you as the original Heather Webber. Did you enjoy doing the show?

A. I loved doing General Hospital. Of course it is always hindsight that is 20/20 but looking back on my career I enjoyed the role of Heather Webber more than any other role I have played. As I was the original Heather Webber (originally Heather Grant) I had the pleasure and the privilege of creating WHO Heather was (and is). I created the template for Heather and I am very proud of the character I had the privilege of creating. I think it is clear that the character I “built” so to speak was enormously popular to the extent that she is still on the show to this day. 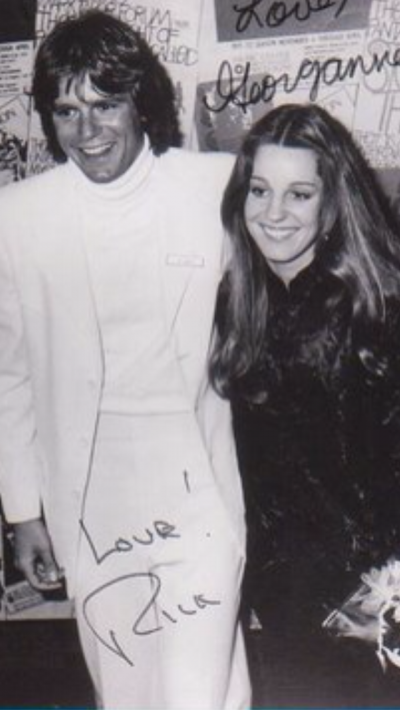 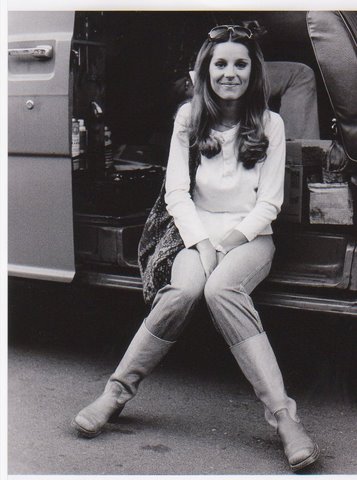 Q. Why did you leave General Hospital?
A. Truthfully because I was foolish and young and didn’t appreciate at the time what a great job I had! I had some very bad business advice at the time from my manager who wanted me to leave to do movies or whatever and unfortunately I didn’t trust my own instincts that told me to STAY on GH. When I look back, I wish I had NOT quit GH – I had created a character that had a HUGE fan base. Heather was great fun to play, and I loved working with all the cast members of GH but in particular Richard Dean Anderson who played my (eventual) husband Jeff Webber.

Richard was my best friend on the show and we kept each other laughing every day we worked together! He was just a DOLL. I remember that right before I left the show John Beradino (who played Dr. Steve Hardy for so many years) took me aside and told me I was making a big mistake that I would regret. John was a lovely man who was like a father figure to me and I should have taken his advice because he was right.

Q. While many former cast members were asked back for the anniversary, you were not for the 25th or the 50th. What are your feelings about that?

A. I sat looking at this question for a long time because I was trying to think of a diplomatic or “politically correct” way to reply but ultimately I just decided to answer it truthfully with what is in my heart. And that is that I was very disappointed and hurt that I was not included in either the 25th or the 50th anniversary celebrations.

I mean, the character that I created is still on the show – I must have done something right! I honestly feel like I am part of GH’s history and as such it would have meant a lot to me to have been included. I still have so many fans who come up to me and ask that same question and I just honestly don’t know what the thinking was on the part of ABC – I am sure that it was just an oversight and nothing intentional and I will always hold ABC in the highest regard as it was they who gave me the opportunity to play Heather. But I DO wish I had been a part of the anniversaries.

Q. What do you think of Robin Mattson’s portrayal of Heather?
A. I like Robin Mattson very much – she has filled her career with memorable characters on several different soap operas and believe me soaps are hard work – so I respect her work ethic very much.

Having said that, and with all due respect to Robin – I personally wish that when ABC brought the character of Heather back in 2004 or even just most recently in 2012 that “the powers that be” would have given ME the opportunity to play Heather again! It would have been a great twist and one that I think the soap fans would have loved – and if ABC at the same time would have brought Richard Dean Anderson back WITH me – the original Mr. and Mrs. Jeff Webber – wow! I think the fans would have LOVED that as Richard and I together were just so enormously popular for GH and ABC. 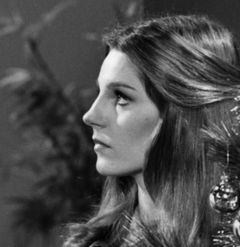 Q. What do you want to say to the many fans who remember you so well from the show?
A. This is perfect as your next question because I wanted to say at the end of my last reply just how loyal soap fans are and how VERY much soap actors appreciate that. I literally have fans approach me all the time to this day telling me they remember me on GH, how much they loved my character (Well, actually they say how much they hated her but that’s a compliment in the soap world!), etc. Its truly incredible that they STILL want to see me as Heather even after ALL this time has passed. They just have incredible, incredible loyalty these fans. And it is for THEM that I wish ABC had brought me back. But who knows – anything can happen in soaps and maybe Robin will get tired of playing Heather or Richard Dean will express an interest in reuniting with me on the show, or enough fans might write in asking to see me back – you just never know, I might get the opportunity to play Heather again after all. And if not, I just want to thank ABC again for hiring me the first time!

Q. You eventually left acting. Why did you leave the profession and fill us in on what you have been doing since.
A. My reason for leaving acting was truly just “geographical”. My husband Ed Bartylak (or Ebar as everyone knows him) became a firefighter which was a lifelong dream of his – unfortunately he was hired by a fire department in Las Vegas (Clark County Fire) and so we had to move to Las Vegas for 5 years. We eventually located back to LA where he continued his firefighting career but by then I had been out of the business so long that it just seemed too difficult to rebuild my career in my early 40′s. I also never really liked the business part of show business – I was never good at that part. I loved the work, being an actress but truthfully there is so much more to being an actor nowadays that has nothing to do with the actual acting part that I just never went back to it. And I do miss the work – I miss acting.

TOMORROW: In Part 2 of the Q&A, Georganne shares what it has been like being Cher’s sister, her initial reaction to Chaz’s transition from female to male, and about the TV special about her mom.