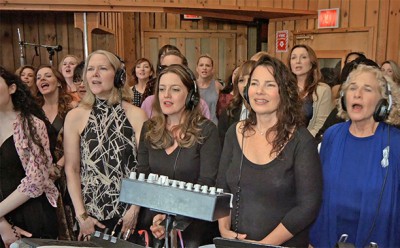 This is really something. I see Idina Menzel, Audra MacDonald, Carole King, Sean Hayes, Nathan Lane, Lin-Manuel Miranda, Gloria Estefan, Sarah Jessica Parker, Mathew Broderick, Rosie Perez, Bernadette Peters and many others as the Broadway community has come together to record a version of What the World Needs Now is Love to benefit the victims of the Orlando, Florida shooting at gay nightclub Pulse on June 12. Proceeds from the sale of the classic Burt Bacharach-Hal David song will benefit the GLBT Community Center of Central Florida.