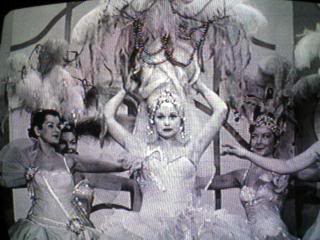 I Love Lucy Fridays has had a bit of a hiatus but now is back!

I’m going to try and include a little more history about each episode I feature instead of just telling you how much it makes me and my I Love Lucy BFFs, Henry and Eddie, laugh.

Today I present to you a scene from Lucy Gets In Pictures.

It is episode 116 of the series and originally aired on Feb. 21, 1955 – the fourth season of the show. Lucy, Ricky, Ethel and Fred are in Hollywood while Ricky makes a movie.

Of course Lucy wants to be in movies too so Ricky, in a rare show of support for Lucy’s showbiz ambitions, arranges for his wife to have a small role in a nightclub sequence on a film.

Lucy gets to wear a giant headdress and is supposed to get shot during a nightclub sequence.

But that headdress is just a little too heavy for her red head.

FILE UNDER: I Love Lucy Friday