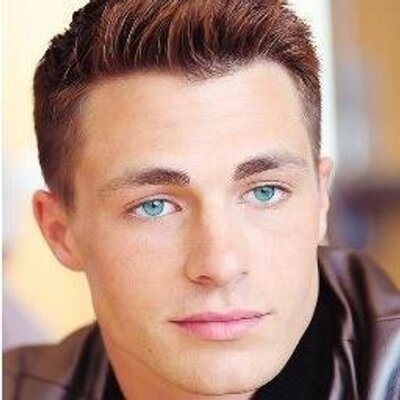 Colton Haynes will be honored by the Human Rights Campaign this weekend for being who he is.

The former Arrow star has been chosen for HRC’s Visibility Award to be on Saturday at the group’s gala in Seattle.

HRC President Chad Griffin credits the actor with inspiring ‘countless LGBTQ young people across the country and around the world to live their lives as their authentic selves.

‘By simply being open about who he is, Haynes is helping to break down barriers and tear down closet doors,’ Griffin added.

Haynes, 28, came out publicly earlier this year and has been candid about his difficult journey to self-acceptance. He has been dealing with anxiety issues since the fifth grade and his condition was exacerbated by feeling he had to stay closeted to have a successful career as an actor.

Earlier this month, he revealed that his father killed himself when Haynes was a teenager and ‘I was told that my dad killed himself because he found out I was gay.’

He told Out Magazine: ‘So, of course, I lost it and was like, “How could you say something like that?” And no one will ever really know the truth. But my brother and my mom went to pick up my dad’s stuff, and the only picture on his fridge was my eighth-grade graduation picture. So I was just like, Fuck.’

His battle with anxiety had led the actor to leave regular roles on both Arrow and Teen Wolf. But he returns to television this fall with a role in Scream Queens.

Earlier this summer, Haynes participated in a video released by HRC paying tribute to the 49 victims of the Orlando shooting at Pulse nightclub.