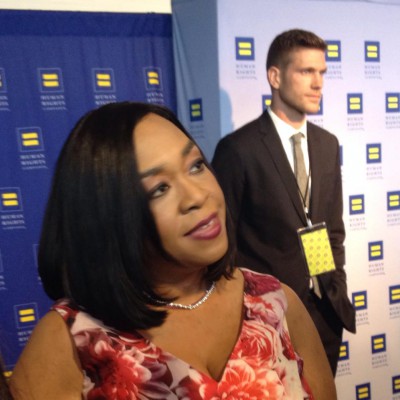 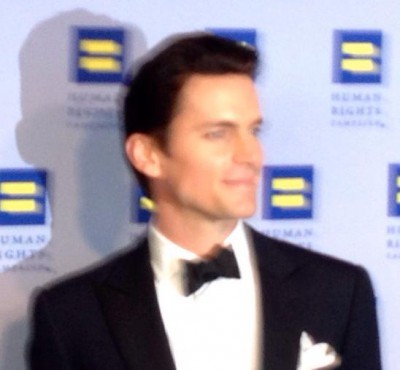 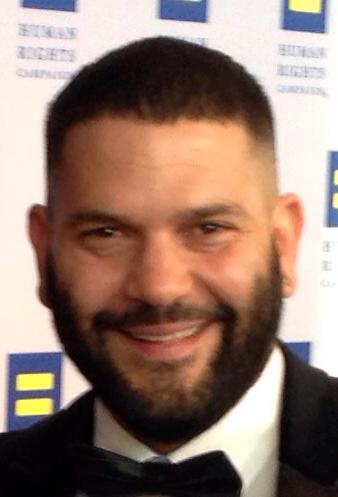 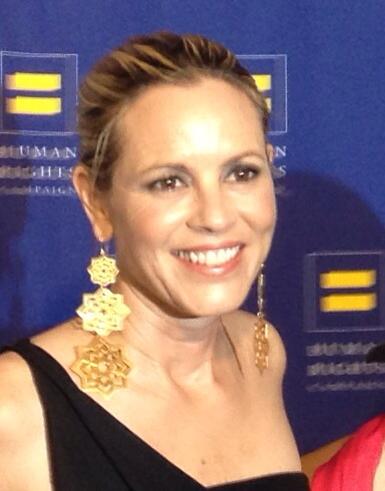 It must’ve been the Mariah Carey effect.

Last night’s arrivals carpet at the Human Rights Campaign Dinner at the JW Marriott at LA Live drew more media than there was space so we were packed like sardines.

I literally had to stand sideways the entire time as I did interviews with honorees Shonda Rhimes and HBO’s Michael Lombardo as well as HRC President Chad Griffin.

Mariah was confirmed just a few days before the event and Griffin told me he immediately began hearing from a lot of people in LA where he lived until starting his East Coast-based job with HRC.

‘Some folks who hadn’t gotten their tickets early enough then suddenly got their tickets,’ he said. ‘We’re all excited to see Mariah no question about it.’

Lombardo told me during our chat that he was ‘incredibly proud’ to be receiving the HRC Visibility Award.

‘I’m a gay American, I’m a father, I’m a husband. HRC has been at the forefront of protecting my rights – the right of my marriage, the rights of my kids. There’s not an organization that I could be more proud to be recognized by.’

Matt Bomer posed for photos then blew by the press line but I was able to snap one fuzzy photo. Was chatting with Takei when Cheyenne Jackson and his hubby came by and I also spotted but did not get to chat with Guillermo Diaz, Maria Bello, Lea Thompson, Dan Bucatinsky and Michelle Stafford. 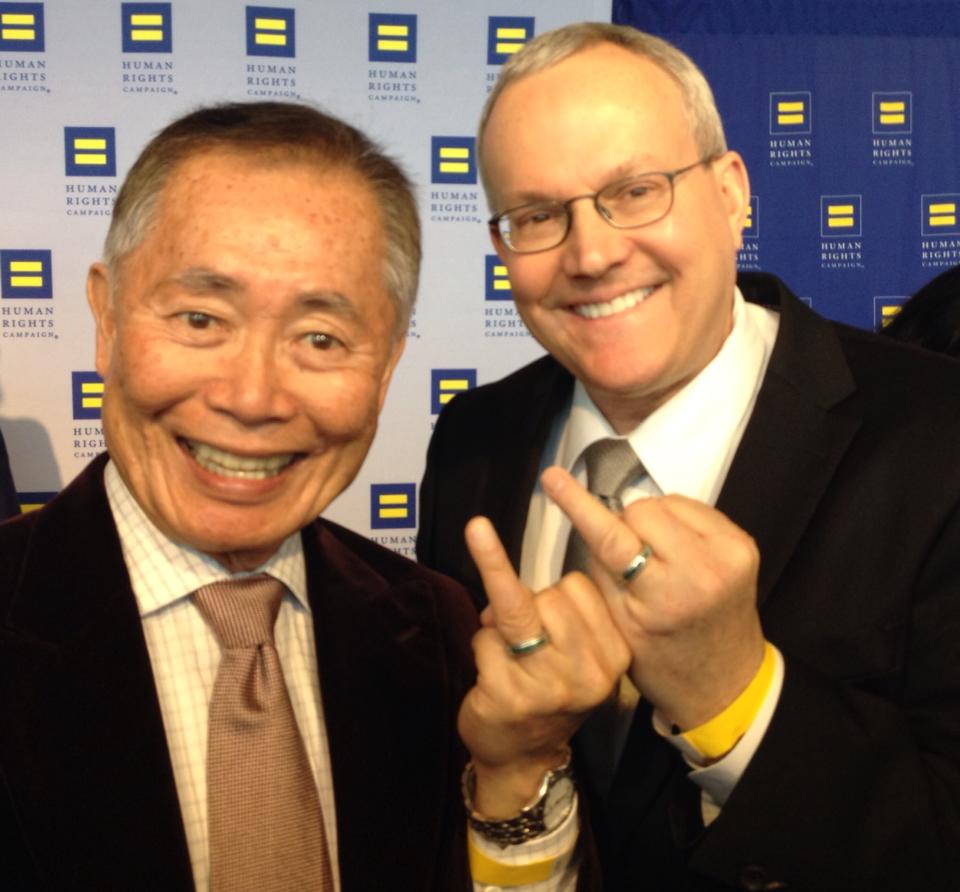 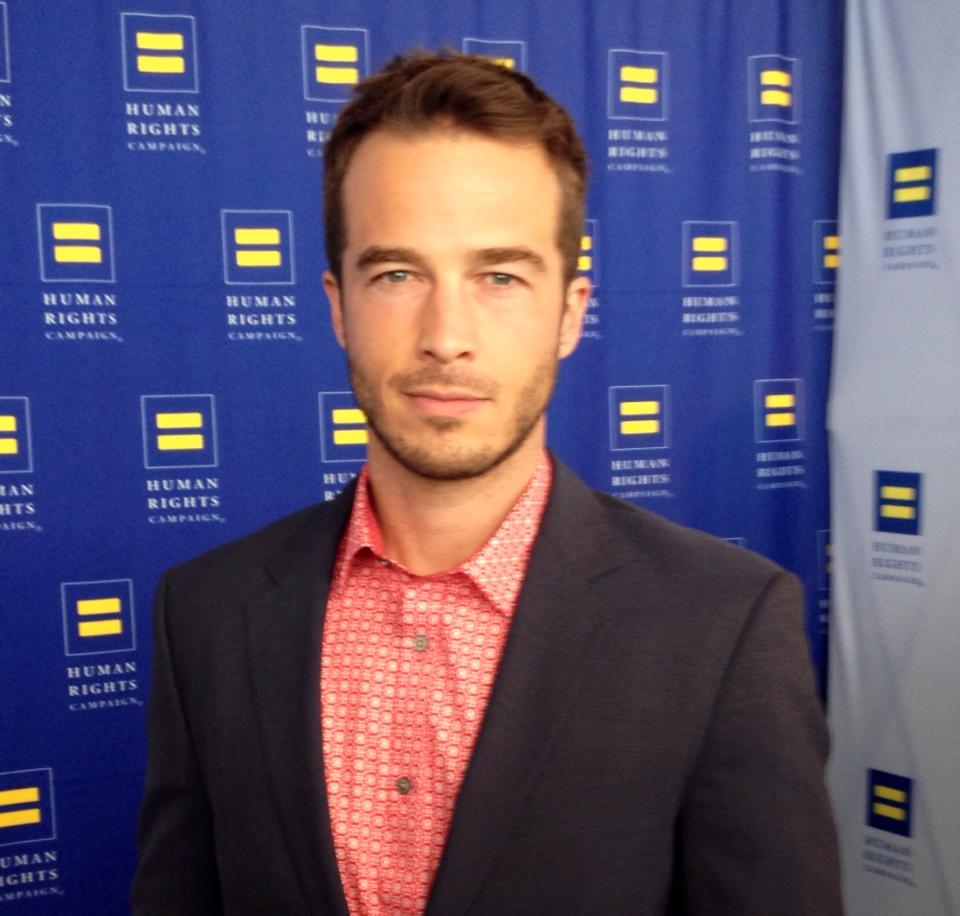 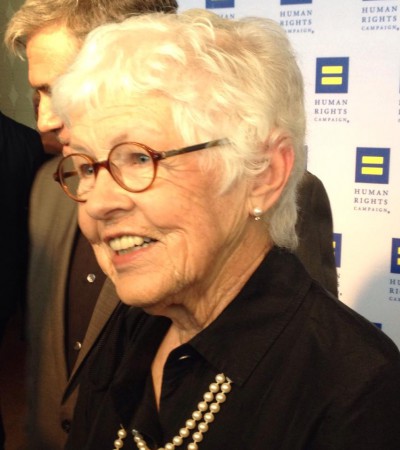 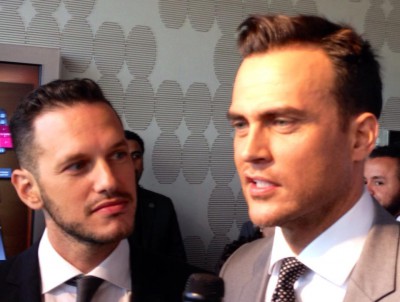 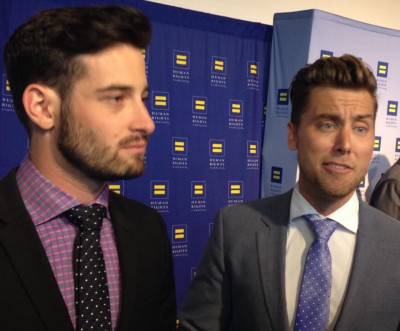 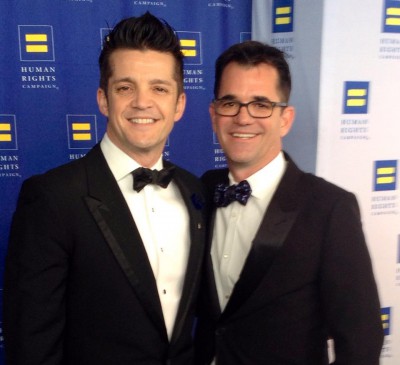