How RuPaul’s drag character was able to cross over to mainstream: ‘I took the sexualized raunchiness out’ 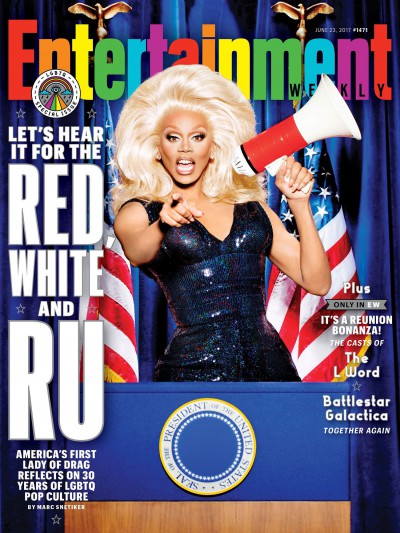 The year was 1993 and RuPaul was booked to make an appearance on The Arsenio Hall Show.

By that time, the drag legend had a huge following in gay clubs and had earned the coveted underground title Queen of Manhattan.

RuPaul’s drag personal had evolved into that of a glamazon supermodel and this made the character ready for the heartland.

‘I took the sexualized raunchiness out,’ RuPaul says in a new Entertainment Weekly cover story.

‘The glamazon suoermodel was a caricature that you could bring home to meet mom and dad. I was well-spoken. I was Miss Black America.’

With mainstream stardom, RuPaul became increasingly aware of his impact.

‘I knew, based on the questions I was asked, that my days of having fun in drag were over,’ he says. ‘It was clear I had to represent a faction of society that didn’t have a voice.’

RuPaul’s Drag Race has won its star an Emmy for outstanding reality show host and has already been renewed for a tenth season.

‘Our show exemplifies the movement of a bigger consciousness arising. Drag is part of that,’ RuPaul says.

‘It’s having fun and understanding who you really are. I think the audience relates to that without even knowing specifically that that’s the thing.

‘Watching a drag queen who has been bullied as a kid becoming a star on her own terms is a rush for a lot of people, because they too longed for something but didn’t know what.’