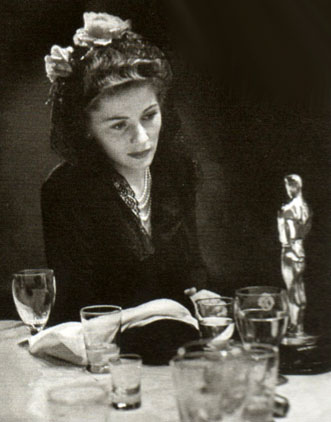 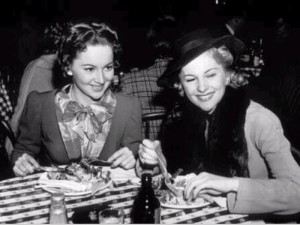 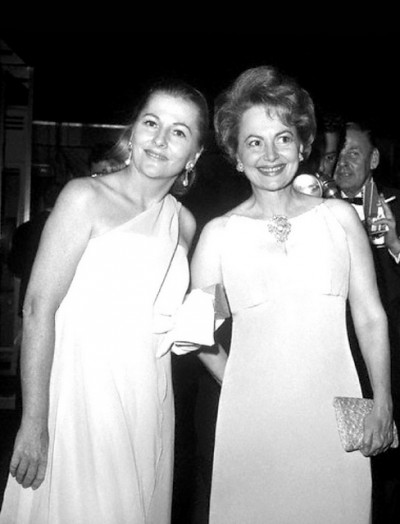 One of the first celebrity autobiographies I ever read was No Bed of Roses by Joan Fontaine, the Oscar winning star of such Hollywood classics as Rebecca and Suspicion who turns 95 today.

She is one of the few surviving leading ladies from Hollywood’s Golden Age of the 30s and 40s with only two-time Oscar winners Luise Rainer (101) and Olivia de Havilland (96) older – at least that is all I can think of.

What’s amazing is that Miss de Havilland, the legendary star of Gone With the Wind, is Fontaine’s older sister and the two have not spoken to each other in nearly 40 years.

Their feud runs deep and it runs long.

In her memoir, Fontaine recalls the night in 1941 when she beat her sister (and Bette Davis, Barbara Stanwyck and Greer Garson) to win the best actress Oscar.

She wrote that her sister, sitting across the table, hissed at her: “Get up there!” “The hair-pulling, the savage wrestling matches, the time Olivia fractured my collar bone, all came rushing back in kaleidoscopic imagery. My paralysis was total … I felt age four, being confronted by my older sister. Damn it! I had incurred her wrath again.”

De Havilland would go on to win her own Oscars for The Heiress and To Each His Own and at one Academy Award ceremony, very publicly snubbed her younger sister when she tried to congratulate her.

But they did retain an uneasy truce until 1975 when they had a major falling out over the death of their mother.

De Havilland has lived in Paris for many years and appeared at the 2003 Academy Awards to introduce a large group of former Oscar winners (second video below).

Fontaine, who lives in California, has not been seen publicly for many years. But she can look back on a great body of work that also included an Oscar-nominated performance in The Constant Nymph as well as such films as Jane Eyre, The Women, This Above All, Letter From an Unknown Woman, The Emperor Waltz, September Affair, Island in the Sun, and Ivanhoe.

The first video is a talk show appearance in the late 70s in which Fontaine talks about the feud with her sister and their final break.