Here is a preview of ‘What Happens At The Abbey’ which premieres May 14 on E! 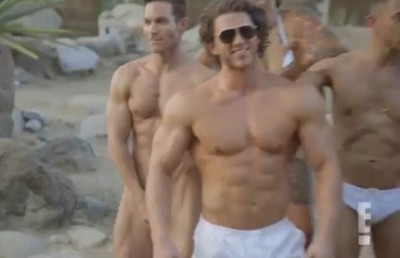 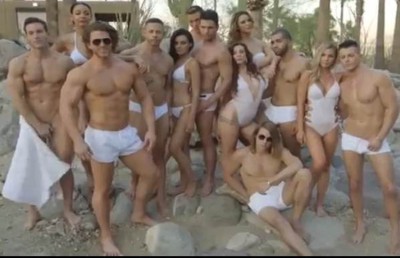 The Abbey, long the most popular gay nightspot in West Hollywood, is now the setting of a new reality show.

What Happens At the Abbey premieres on E! Entertainment on May 14. Judging from the trailer, it’s going to be a big hit with the Vanderpump Rules crowd and others will absolutely hate it and everyone on it.

I think it will be interesting to give it a look. The Abbey has been a place I have frequented pretty regularly for about 17 years and where I’ve celebrated my birthday and most New Year’s Eves for the past decade. So many memories and most of them great ones. It’s certainly changed and become more mainstream in recent years but I still enjoy the energy most times I’m there.

Anyway, the reality series revolving around the hotspot’s employees – straight and gay and The Abbey on the show is described by a lesbian employee in the trailer as ‘the sexiest place that you could ever work.’

There is some same-sex romance and beefcake but the relationships highlighted most in the trailer is between a heterosexual couple and that of a lesbian attracted to a straight female employee.

There is also a storyline that has a gay man and his lesbian best friend deciding to have a child together.

The show’s focus on the drama and the antics of employees both at the workplace and elsewhere closely resembles Bravo’s Vanderpump Rules except with some LGBT cast members – thank God.

Vanderpump Rules, of course, takes place at West Hollywood’s Sur Lounge and Pump Restaurant which are on the same block as The Abbey and the newly opened Chapel at the Abbey next door.

David Cooley, owner of both Abbey establishments, can be seen in the trailer telling employees: ‘If you’re not a team player, bye Felicia.’