Happy birthday to the great star Betty Buckley! Here is an encore of her 2019 Greg in Hollywood interview 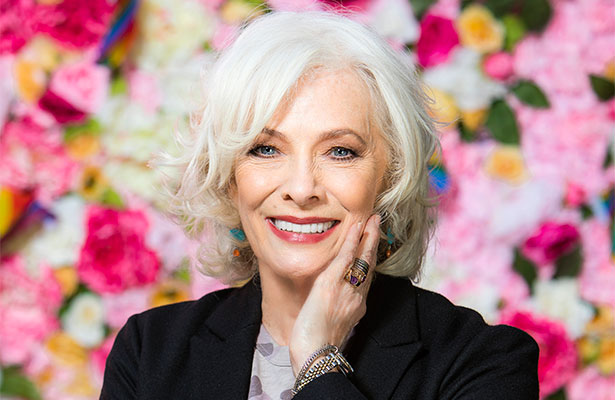 I saw the Broadway legend last year in Hello, Dolly! at the Pantages in Hollywood and a few years before that in Grey Gardens at the Ahmanson. I had a wonderful interview with the Tony winner last fall when she was in town for a series of concerts including one at the Saban Theatre in Beverly Hills. 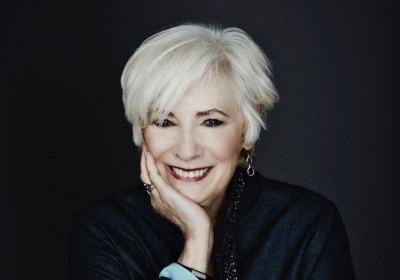 Miss Buckley’s career is one for the ages: Among the stage highlights: She was Grizabella in the original Broadway production of Cats, played Norma Desmond in Sunset Boulevard in both London and New York, was Tony-nominated for Triumph of Love, and also starred on Broadway in 1776, Pippin, and The Mystery of Edwin Drood, and last year completed a year-long national tour of Hello, Dolly!

Here are some highlights from my 2019 conversation with this multi-talented performer: 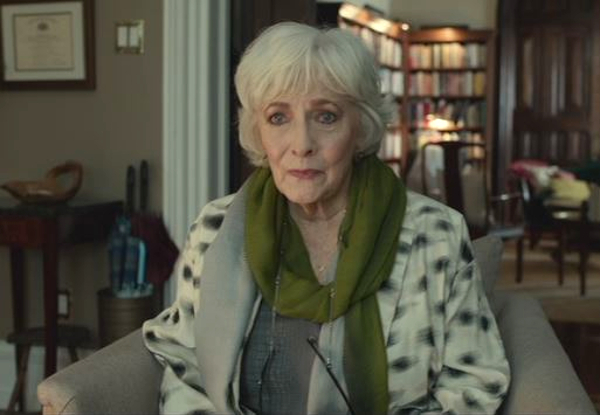 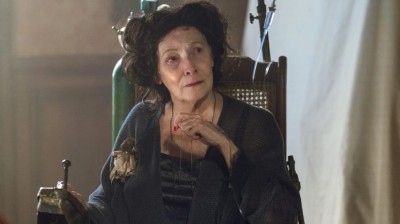 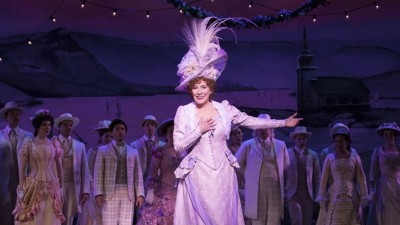 Greg: You are on such a career roll. The TV show Preacher, the feature film Split, and Hello, Dolly! You’ve had such a long career and many peak times but this seems to be a real peak time and in different mediums.

Betty: The past three years have been a series of great gifts and blessings in terms of the work that’s come to me. I’m just very honored and thrilled to be a part of. Most recently Preacher which filmed for four months in New Orleans. I was a big fan of that show then my agent called and said there was this great role coming up of the grandmother to Dominic Cooper’s preacher character. She was this evil voodoo, priestess, sorceress, and I was so excited. When I got that part I was beyond thrilled, I was whooping and hollering and jumping all around my house. That was a blessing and right on the heels of that I was asked to do the national tour of Dolly which was surprising. It was an honor to get to be the quarterback of such an incredible production. I’m very grateful for the work. M. Night Shyamalan said that he wrote the part in Split for me and it was a huge gift of a role for me opposite James McAvoy.

Greg: Why do you think this is all happening to you now?

Betty: When I was a young actress, I always had this kind of awareness that it would take time to grow in to who I was meant to be as a human being, into what was possible. I gave myself the time to do that, to grow and learn. I studied with all the best teachers I could find in the business — voice teachers, acting teachers, acting coaches — to become a better actor, singer, storyteller. I knew that my best work would hopefully be in my later years . I kind of woke up about four years ago and thought, ‘Oh. It is my later years.’ (laughs). One of the beauties of getting older is I feel my technique has become more and more effortless and I’m still fascinated by the whole process of acting and storytelling and grateful for the opportunity to keep doing that. 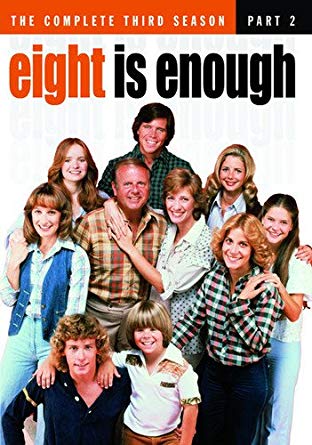 Greg: I was talking to one of my younger friends today who knows you from Preacher and Split and nothing else. I thought back to when I only knew you from Eight is Enough until the night I saw you on The Tonight Show and you sang Memory from Cats and Over You from Tender Mercies. I didn’t know you could sing! I was blown away and followed your career from that night on. I imagine there will be some Preacher and Split fans who will want to see you at the Saban. People discover you in so many different ways and there’s something so cool about that.

Betty: I appreciate your description of it in those terms. I hope that’s true! I love my career and that it’s very eclectic and that I do all these different kinds of work. It makes it very interesting to me. I was walking through the airport in LA and these two security ladies were standing there and they were like, ‘Split!’ They were giving me a thumbs up.

Greg: Let’s talk about your legions of gay fans. As Cher has said, once we love you, we love you forever. We stick with you and it’s so great when you just keep surprising us and satisfying us. Can you talk a bit about your strong bond with us?

Betty: It started very young when I was in musical theater and I was very grateful. It means everything to me,. Gay audiences, as I’ve experienced it, are the best audiences in the world because they are willing to go with me on the ride. They are open to their feelings, they’re open to the catharsis I might provide in the storytelling. And they are vociferous in their fun and they’re interactive. It makes it all a blast. We just have a great time and that feeling of connection means everything. 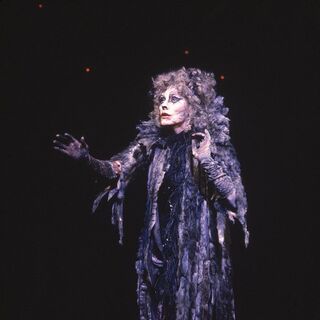 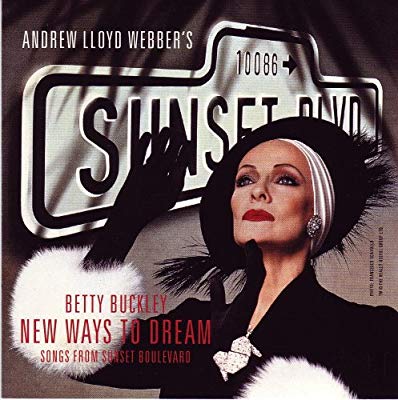 Greg: You’ve starred in Cats, Sunset Boulevard, The Mystery of Edwin Drood, Pippin and other shows on Broadway and, of course, were such a smash in Hello, Dolly! How do you feel to be ranked so high up there with other musical theater actresses in history. There are people who rank you right up there with Ethel Merman and Angela Lansbury and other legends.

Betty: If somebody says that that’s terrific because I loved those ladies so much and they meant everything to me growing up. To be included amongst them is like wow, that’s so cool (laugh) because I don’t walk around thinking of myself like that.

Greg: I have to tell you that one of my favorite things ever is your version of Meadowlark. Will you be performing that at the Saban?

Betty: That’s a great song. I was up for that show The Baker’s Wife and (composer) Stephen Schwartz told me years and years ago he wrote that song for me. Then of course I didn’t get the role after like six auditions. Then Patti (LuPone) did the show Steven Schwartz told her that he wrote the song for her (laughs). We’re very good friends but I told the story at a concert about the song being written for me and somebody showed it to Patti and she was pissed. We had the same voice teacher so I called her and said, ‘Patti, don’t be mad! This is what he said!” And she said, ‘Well, that’s what he said to me!’ We both called him and he told both of us he had no memory of what he said to either one of us. It was hilarious!

Greg: This is an amazing story! Did you patch it up with Patti?

Betty: I called her back and said, ‘Patti, we can’t let this come between us, he doesn’t even remember what he said.’ And she said, ‘How would you feel if I sang Memory?’ Then I said, ‘Oh, I get it.’ Then she started laughing and said, ‘The truth is Betty, we’re both too old to be singing that song.’ I’m her total, ardent fan. I write her about everything she does. I thought she was just brilliant in Penny Dreadful and can’t wait to see her in Company on Broadway. I just love her. And I did stop doing that song. I love it but, in fact, it’s for a much younger woman to sing. It’s a beautiful, beautiful song.

Greg: Thank god we have the recording. We will make do with that. 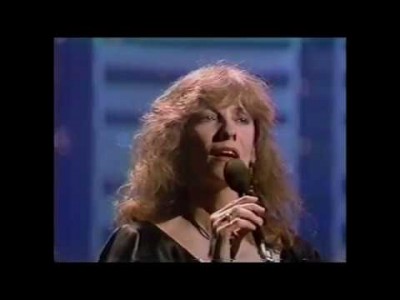 Greg: Before I let you go, I do want to ask you about that 1984 Tonight Show appearance when you did two amazing songs and even had a little chat with Johnny Carson in between. What do you remember about that night?

Betty: I remember Johnny Carson was so charming and so loving to me and kind. I was beyond nervous to do that show and to meet him. After that, they kept calling me to come back and do the show again and I kept saying to my agent, ‘But I’m not promoting anything, I don’t know what I’d have to talk about.’ Because I was very shy and it took me a long time to find my public persona or to feel comfortable speaking spontaneously. But (Carson) was so kind and generous and kept reaching out to me. I look back on that as one of the mistakes I’ve made in my career. Why didn’t I go back and sing for the guy? He had been so wonderful. Just a silly girl (laughs).

Greg: This has been so great Betty. I’m the envy of all my friends today.

Betty: Thanks Greg, you’re so sweet. And if you tell that LuPone story, tell it please with all the love that I feel for her.