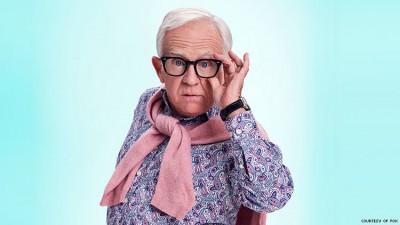 He may stand just 4 feet, 11 inches tall but Leslie Jordan is a huge talent.

The Emmy winning star is probably best known to the masses for his recurring role as Karen Walker’s bitchy nemesis, Beverley Leslie, on Will & Grace and is currently one of the stars of the FOX sitcom The Cool Kids which, I hope, will be picked up for a second season. But his greatest role, in my opinion, is that of Brother Boy in Sordid Lives which he played on stage, feature film and in a television series. A few years ago he reprised the role in A Very Sordid Wedding and was just a hoot.

Leslie appeared on Broadway in his one-man show My Trip Down the Pink Carpet based on his memoir. 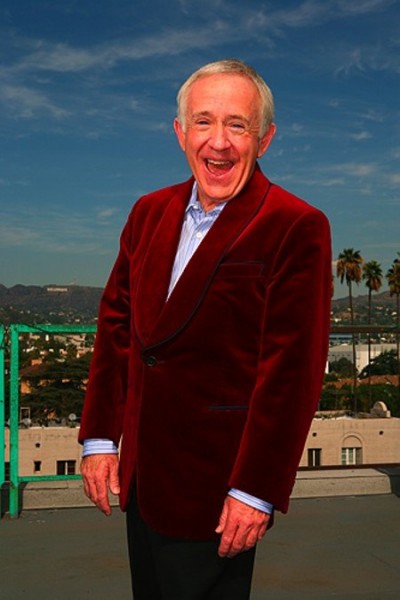 His other roles include a newspaper editor in the huge box office hit The Help, various roles in TV’s American Horror Story franchise, a role in last year’s The Last Sharknado: It’s About Time, guest spots on Desperate Housewives, The Game, Life in Pieces, Partners, Baby Daddy, The Secret Life of the American Teenager, and Raising Hope, among others. He also had a delightful cameo in the documentary Hollywood to Dollywood.

I last chatted with Leslie in November 2011 at the LA Gay and Lesbian Center’s annual gala and  wondered what he thought about a growing feeling among some that the LGBT community is becoming too mainstream.

“You know, I fluctuate on that,” he said. “When I came out, there was one gay bar in Chattanooga, Tenn. and in that gay bar there were lawyers, there were black people, there were white people, there were drag queens and we had one leather queen all under one roof and what we had in common was that we were gay. And sometimes I miss that. But then again, c’mon. We were also that gay bar that you had to go down an alley and knock on the door. We feared for our lives.”

He added: “The other day, I was at a restaurant and there were two young guys sitting side by side and they were holding hands. I watched them and, I couldn’t help it, I went by and I said, ‘This is just so beautiful and I hope you realize what we went through.’ They thanked me but, you know, I don’t think they had any idea of what it was like. I try to tell my story sometimes to younger people and they’re like, ‘Wow! Oh really?’ A world without the Internet, a little gay boy in Chattanooga Tenn. immersed in a Baptist church with not one soul to talk to, not one soul! I think if there had been a Trevor Project that I could have talked to.”

But would he be as brilliant as he is, especially in his one-man shows, had he not had those difficult experiences?

Here are some random Leslie clips to enjoy: