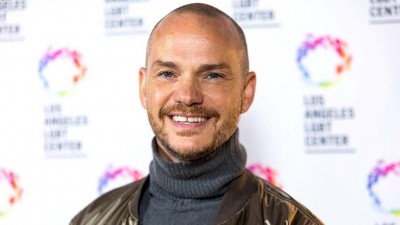 We got to know Peter Paige during his five seasons as Emmett on Showtimer’s Queer as Folk.

But it was only the beginning.

Since the show ended ion 2005, Peter has appeared in a series of roles on television and on stage but his biggest success has come as a writer, director and producer, He created The Fosters which ran for five seasons and its spinoff Good Trouble which has been renewed for a third season.

But, thankfully, Peter still acts and recently guest starred on ABC’s Station 19 and had a supporting role in the film The Thing About Harry which he directed and co-wrote.

Peter turns 51 today. Below is a sweet birthday wish from his Queer as Folk co-star Robert Grant.

Happy Birthday to my beautiful friend, @thepeterpaige! This was a polaroid shot from our photo shoot for the cover of @theadvocatemag. It was a take on Woodward and Bernstein (well, Redford and Hoffman as Woodward and Bernstein) from “All The President’s Men,” detailing the @washingtonpost exposé on the Watergate scandal. It was highlighting Queer as Folk’s political underpinnings. It’s a more serious photo befitting our current times. But, for today, join me in celebrating this truly special man. We love you, P!! #HappyBirthday #Love #Pride

WATCH: Ricky Martin talks with Ellen DeGeneres about what life has been like in quarantine