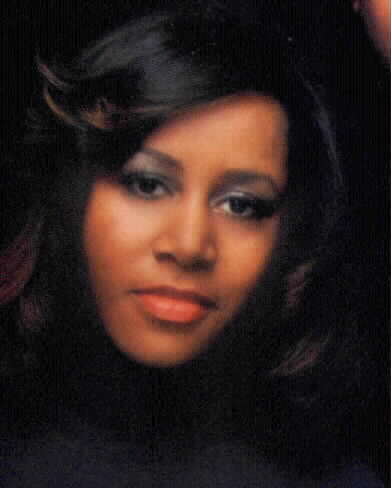 The death of Mary Wilson last year killed any chance of a Supremes reunion which probably was never going to happen anyway. But Diana Ross has just been nominated for a Grammy and Cindy Birdsong, who sang with Wilson and Ross as a Supreme from 1967-70, turned 83 today.

Happy birthday to Cindy who has always been a class act.

She had long been a member of the girl group Patti LaBelle and the Bluebells when in 1967 she was stolen away to join the biggest girl group of them all. The opportunity to replace Flo Ballard and join Ross and Wilson was an offer she could not refuse. She spent three years with Wilson and Ross then remained a Supreme for part of the 1970s after Ross left the group and was replaced by Jean Terrell.

Cindy retired from showbiz years ago but I got to interview her back in 2009 when I was a columnist and blogger for the LA Daily News.

Below is our interview in its entirety:

If you want to hear dirt about Diana Ross, don’t bother asking Cindy Birdsong for any. She is a class act and has nothing bad to say about her former singing partner who she remains friends with to this day.

“i saw her on TV recently,” Birdsong said during our chat this week. “I just happened to turn it on and there she was and I thought, ‘Wow!’ She’s in great shape and sounded good. She’s a queen of her art.” 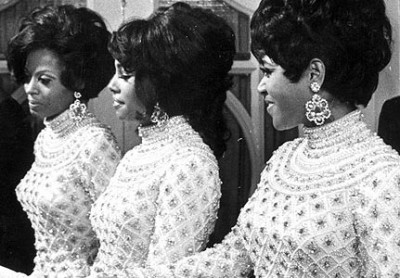 Ross had called Birdsong, who lives in Los Angeles, when she did a two-day stint at Hollywood Bowl last year and the former Supreme who replaced Florence Ballard in the biggest girl group of all time still tries to catch Ross in concert when she can.

But their professional reunions have been fraught with difficulty because of the famously strained relationship between Ross and fellow original Supreme Mary Wilson. In 1983, there was a disastrous performance at the 1983 Motown 25 concert special. The trio, together for the first time since 1970, were just a few verses into “Someday We’ll Be Together” when there was an altercation, onstage, between Ross and Wilson. It was edited out of the televised special but was widely publicized and was recounted in the first chapter of Wilson’s best selling memoir “Dreamgirl: My Life as a Supreme” released three years later.

Birdsong was overshadowed in the ruckus.

“It came out so bad and there were hard feelings,” she remembered. “It wasn’t that we didn’t love each other, we always did. You get angry and there are no answers.” 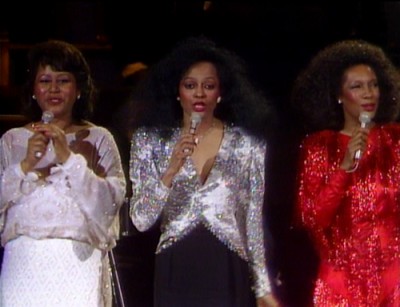 That night, Wilson came strutting out in a stunning and sparkling red gown despite plans for all the girls to wear black or white (Ross was in a black outfit). Birdsong, smiling from ear-to-ear, had already joined Ross onstage looking lovely in a white gown.

But she confessed that she also felt self-conscious because she had not been performing for several years.

“I had gained quite a bit of weight and I couldn’t get a gown right away,” she remembered. “I didn’t have the money! But I was still socializing with both. Diana would call and say, ‘Come up for the weekend!’ “They both (pause), both the girls, they still love each other. Like sisters, they fight. But they are sisters.” 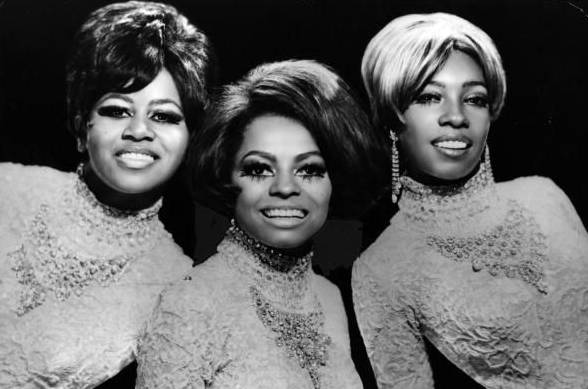 Seventeen years passed before another Supremes reunion was broached. Ross wanted to do a 2000 summer concert tour performing the group’s many hits incluidng “Reflections,” “Love Child,” “Someday We’ll Be Together,” “I Hear a Symphony,” “Where Did Our Love go,” “Baby Love,” and “You Keep Me Hanging On.” Her desire was to have Mary and Cindy join her on the tour.

The “Return to Love” tour, however, went on with Ross being joined by Linda Laurence and Scherrie Payne – two women who had been members of The Supremes after Ross’ departure and continued to perform in recent years as Former Ladies of the Supremes (FLOs). 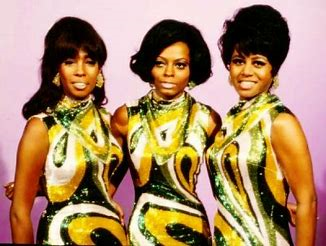 “It was over money basically,” Birdsong said. I was still really close with Diana and I said I’d like to do it. I called Mary and she was overseas on a tour. I was excited.”

But there was haggling over money – Wilson felt her $4 million salary did not reflect her contributions to the group and its legacy. It was reported that Birdsong was to have received about the same amount while Ross’ take was five times what either of the other women would be making.

“I was excited about it but I waited too long,” Birdsong said. “Diana had a certain time period and she got annoyed because (the money haggling) was stopping the tour. A person from Diana’s camp called and said, ‘Miss Birdsong, we’re not going to go with you and Mary.’ I was devastated. I could have said yes from the beginning and I couldn’t believe (Mary) said no.”

But Birdsong has no hard feelings toward Ross who endured one of the biggest failures of her stunningly successful career when the “Return to Love” tour suffered from such poor attendance that it was cancelled shortly into its run.

“It was very, very hurtful to her,” Birdsong said.

And so, nine years later, the question remains: Will there ever be another Supremes reunion? Like Wilson, Birdsong says the decision lies with Ross.

“Mary would probably do it now,” she said. “There’s still a fanbase out there who say: ‘We still want it!’”

Cindy also told me about the competition with The Supremes while she was a member of Patti LaBelle and the Bluebells whose lead singer was Patti LaBelle (pictured, left).

“We were hot and they were hot,” she says. “We were so competitive – all this catty stuff with girl groups – and my girls didn’t want to have anything to do with them. But I was fascinated by them.” 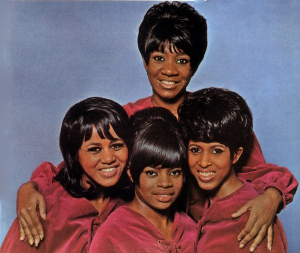 One day, Birdsong just couldn’t resist knocking on the dressing room door of the Supremes:

“I went across the hall. Florence answered the door and she was like, ‘Come on in Cindy!’ Mary and Diana were like, ‘What’s she doing in here?’”

But soon enough, Ross had warmed up to Birdsong and they began chatting. While the Supremes were flashy with wigs and gowns and false eyelashes, the Bluebells had a more simple style and were only allowed to wear lipstick at that time.

“We looked like fresh little girls from the (housing) projects,” she says. “I was i awe of (The Supremes’) glitter and gowns. They were just so sophisticated.”
Cindy remembers Diana saying: “You’ve never had a wig or anything? You want to try one on?’ Then I put on rouge and earings that were almost down to my shoulders. I was like a kid in a candy store. I went back across the hall and (Bluebell members) were like, ‘Look at Cindy! She’s been to enemy camp!’”

But the experience had a deep impact on her: “That day, I felt I came back a Supreme. It was like Cinderella.”

Flash-forward to 1966 and a series of number one hits for the Supremes who were now superstars. Ballard grew increasingly troubled and missed some performances until finally things came to a head during an engagement in Las Vegas. Ballard performed the first week of a two-week engagement then Birdsong – between Bluebell gigs at the time – was brought in to do the second week and quietly became a member of the biggest girl group of all time.

“I really didn’t expect that I was going to be a part of it,” she says now. “It was such a dramatic thing and it was all so fast. I had to stay up all night in Mary’s (hotel) room to learn the whole show.” 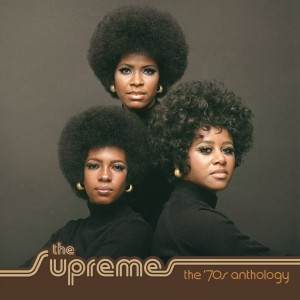 She made her debut as an official member of the Supremes at a concert at Hollywood Bowl: “They got me in (Florence’s) dress. I wore the same shoe size and the same dress size. When I was (first) onstage, nobody knew that I wasn’t Florence. From a distance, she looked just like me.”

Diana Ross left the Supremes in early 1970 but that was not the end of the group. She was replaced as lead singer by the glorious Jean Terrell who joined Birdsong and Wilson. They had a solid run performing on top TV shows, in Las Vegas and on tour, and scoring the classic hit Stoned Love as well as the hits Up the Ladder to the Roof, Floy Joy, and more.

Cindy left the group for a bit in the 1970s the have a baby then returned for a few years. The group finally disbanded in 1977.