WATCH: Lily Tomlin and Jane Fonda on sharing a trailer while working on “Grace & Frankie” 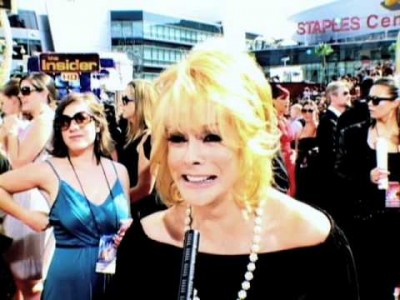 The great star Ann-Margret turns 80 today – a milestone I know her legions of loyal fans have marked on their calendars!

She got her start in movies 60 years ago opposite Bette Davis in Pocketful of Miracles then followed that up with major roles in the musicals State Fair and Bye-Bye Birdie. She went on to star opposite Elvis Presley in Viva Las Vegas and Steve McQueen in The Cincinnati Kid.

Ann-Margret went on to earn an Academy Award nomination and win a Golden Globe for her performance in the musical Tommy and was also nominated for an Oscar for the drama Carnal Knowledge. She has won five Golden Globes overall and has far too many film roles to list here. But some of my personal favorites include Our Sons, Twice in a Lifetime, Grumpy Old Men, and A Tiger’s Tale.

She has been nominated for Emmys for her stellar dramatic work in television movies including Who Will Love My Children?, A Streetcar Named Desire, The Two Mrs. Grenvilles, Alex Haley’s Queen, and Life of the Party and finally won for a memorable performance on Law & Order: SVU.

To celebrate her 81sr, here is a fun animated clip of “Ann Margrock” on The Flintstones!

WATCH: Lily Tomlin and Jane Fonda on sharing a trailer while working on “Grace & Frankie”

WATCH: Randy Rainbow on how he is still haunted by the first time he ever met Jimmy Kimmel