Adam Lambert: “Ever since I was a child I have been in love with dressing up” 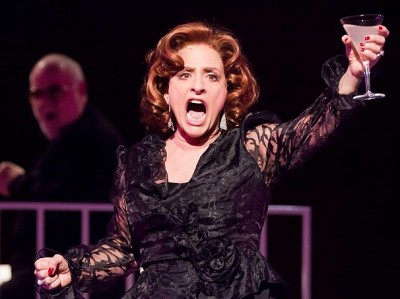 The force of nature that is Broadway legend Patti LuPone is still going strong as she reaches her 72nd birthday today.

When the pandemic hit more than a year ago, she was about to open on Broadway in Company in a role for which she had recently won the Olivier Award in the London production. I hope the Broadway show will still come together so she can belt out The Ladies Who Lunch on her way to a third Tony Award!

So many highs in career so far starting with originating the role of Evita on Broadway (Tony win), of Fantine in Les Miserables (Olivier Award win) and of Normal Desmond in Sunset Boulevard – the latter two on London’s West End.

Then there were the revivals she triumphed in – Reno Sweeney in Anything Goes (Tony nod), Mrs. Lovett in Sweeney Todd (Tony nod) and Mama Rose in Gypsy (Tony win).

Miss LuPone also took over for Zoe Caldwell in the original Broadway production of Master Class and also took the show to London. That happened to be the first Broadway show I’d ever seen during my first visit to NYC in 1996 and Miss LuPone was sensational.

She has an ego to match the talent which makes me love her all the more. I read her autobiography and it is a doozy – she does not pull punches.

Here are some classic LuPone performances.

Adam Lambert: “Ever since I was a child I have been in love with dressing up”

WATCH: Bette Davis tells a funny story about running into Tallulah Bankhead at a Hollywood party