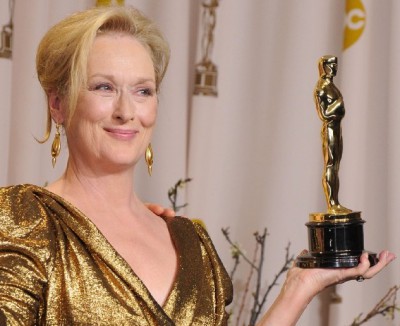 For more than 40 years now she has been delivering astonishingly great performances in films and won Oscars for Sophie’s Choice, The Iron Lady and Kramer vs. Kramer (see videos below).

With a total of 21 Academy Award nods, she’s received more nominations than any other actor or actress in film history.

In my opinion, she should also have won for Julie & Julia (she lost to Sandra Bullock!), Doubt (sorry Kate Winsletin The Reader) and for Adaptation (Catherine Zeta-Jones won for Chicago). She was also absolutely astonishingly good in the dramas One True Thing, Out in Africa, and Cry in the Dark and in such lighter fare as Postcards from the Edge and The Devil Wears Prada.

Here are some clips from a film career that will never be matched: