Gus Kenworthy on his goal of raising $1 million for AIDS/LifeCycle: “I have an opportunity to make a big impact” 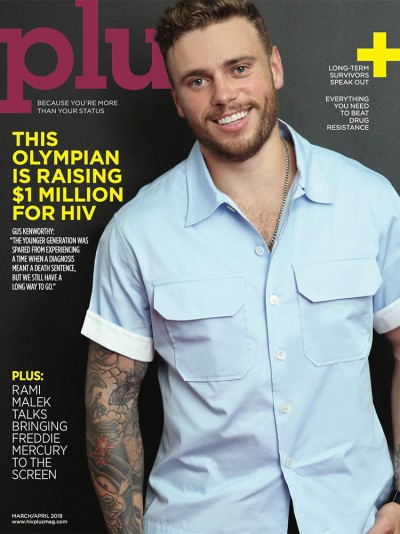 American Freestyle Skier Gus Kenworthy came out publicly as gay in a 2015 interview with ESPN the Magazine, becoming the first action-sports star at the Olympic level to do so.

He recently announced his planned participation in AIDS/LifeCycle 2019, pledging to raise $1 million to fight HIV. This June 2–9, the Olympian will join over 2,000 cyclists on a seven-day, 545-mile trip from San Francisco to Los Angeles.

He is on the cover of the new issue of HIV Plus Magazine and says: “I think the younger generation was spared from experiencing a time when a diagnosis meant a death sentence, but we still have a long way to go. We need to continue to speak up for the cause and teach young people how to protect themselves — that’s part of the reason I am doing the AIDS/LifeCycle ride. With a large audience, I have an opportunity to make a big impact and help a lot of people living with HIV today. Some of my sponsors through skiing and the Olympics have also kindly pledged to donate and host events to support the cause.”