Gus Kenworthy: “Had I been born 50 years earlier, there’s a very high likelihood that I would have died of AIDS” 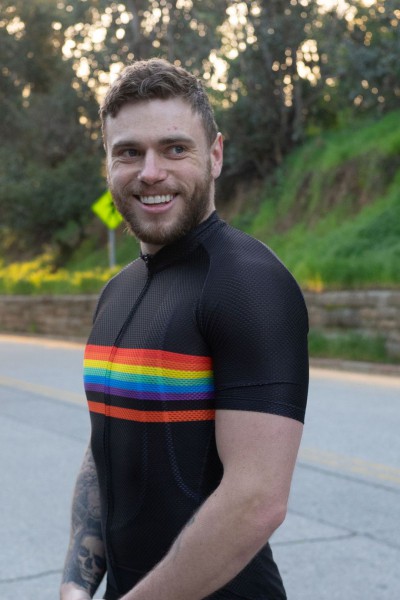 Really admire Gus Kenworthy and his effort to raise $1 million for AIDS/LifeCycle. The six-day, 545-mile fund-raising bike trek from San Francisco to Los Angeles is co-produced by the Los Angeles LGBT Center and San Francisco AIDS Foundation and raises money and awareness for people living with AIDS and HIV.

Gus recently spoke with Outsports about why the cause is so close top his heart. Here are some excerpts:

“I can’t help but feel lucky and privileged basically because of my age that I am at a point in history where I’m able to be out in sports and have a career and live my life as a gay man and not really have any of the repercussions the previous generations had. Had I been born 50 years earlier, there’s a very high likelihood that I would have died of AIDS like so many incredible gay men did. I just feel like I owe it to the community to … honor all those that we lost and fight for future generations and hope to find a cure for AIDS and just to raise awareness and destigmatize it and raise money for people who are HIV-positive.”

He adds: “This ride is so special because so many people have fought so hard to raise the money they’ve raised and on top of that they have this massive physical challenge of the six-day ride,” he said. “I know that’ll be physically demanding, but I kind of already expected that.”

You can contribute to Kenworthy’s AIDS ride.