Greg’s Review: Leonardo DiCaprio is so superb in “J. Edgar” that he should finally win an Academy Award 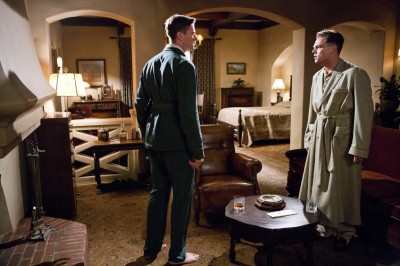 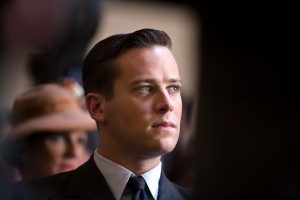 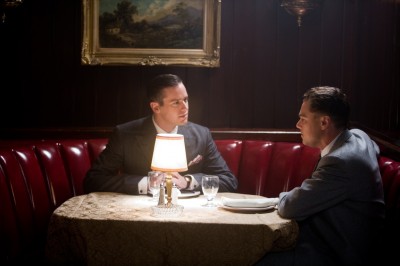 J. Edgar, directed by Clint Eastwood with a screenplay by Dustin Lance Black, opened nationwide today and it is a film I feel certain will, at last, win Leonardo DiCaprio an Academy Award.

DiCaprio is absolutely superb in this biopic about longtime FBI director J. Edgar Hoover and believable at every age he is portraying – even under heavy make-up.

Also fine is Armie Hammer as Hoover’s number two man at the FBI and presumed longtime love Clyde Tolson (Hammer’s make-up as the older Tolson is, unfortunately, not as convincing as DiCaprio’s and almost distracting). Hammer, however, will get a supporting actor nod and it is earned in a big hotel room fight scene when Hoover suggests that perhaps it is time for him to marry a 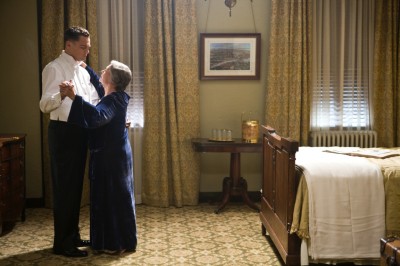 woman. Tolson will have none of it and Hammer is at his best in that scene.

Yes, the two men do kiss but it is not very romantic. Far more romantic are the scenes of them discreetly holding hands in the backseat of a car or sharing a meal.

But Hoover is one screwed-up man and you can see that his repressed sexuality is at the core of his ambition and his ruthlessness.

He certainly wasn’t going to get any understanding from his domineering mother played by Judi Dench. At one point he tearfully confesses to her that he does not like to dance with women. She is quite cold and firm with him on this matter and snarls: “I’d rather have a dead son than a daffodil for a son.”

The film never lags and is as much a story of the FBI as it is about Hoover and his private life. DiCaprio anchors nearly every scene and he is more than up to the task.