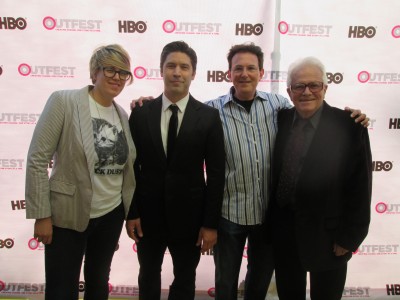 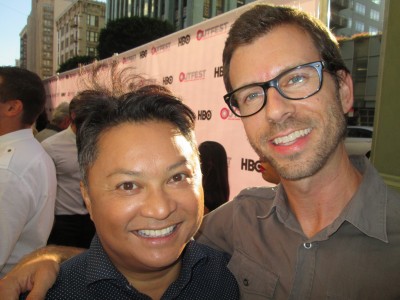 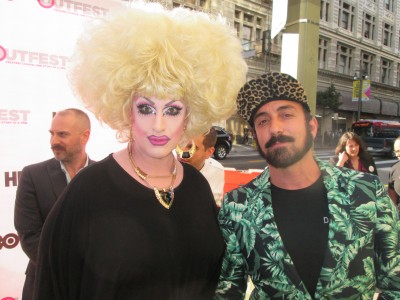 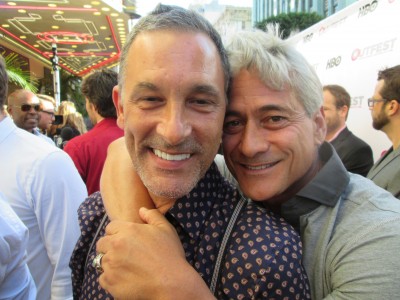 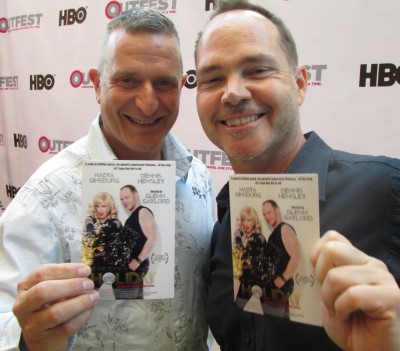 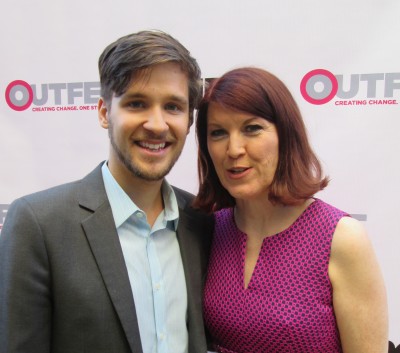 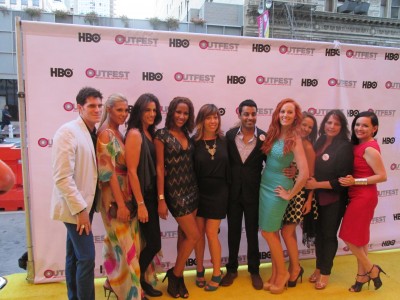 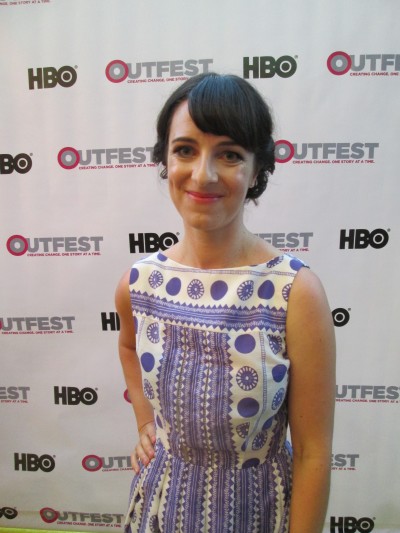 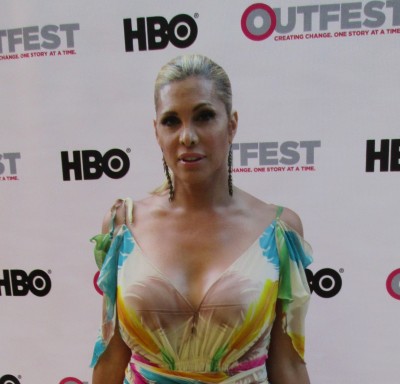 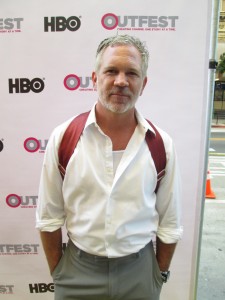 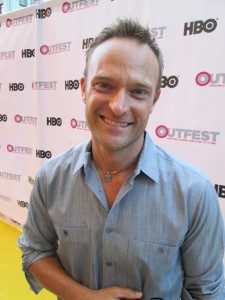 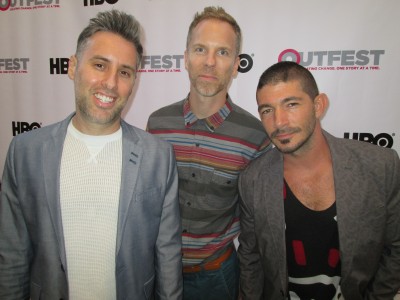 I’ve been covering Outfest for 12 years now at least and I still feel like a kid in a candy store in opening night at the Orpheum Theatre in downtown LA.

The red carpet is a chance to meet some of the filmmakers or people who are in the movies and it’s so much fun to have a quick chat.

1. How great to meet Tony Sullivan (top photo) whose story is told in the wonderful documentary Limited Partnership which screens on Sunday (7/13). I highly recommend. He was accompanied by the film’s director Thomas G. Miller, one of the producers David Ross (star of I Do) and the film’s composer.

2. Then ran into the brilliant Alec Mapa and his lovely husband Jamie Herbert on what was Alec’s 49th birthday. He was so funny to chat with and I hope a lot of you are going to see his movie Alec Mapa: Baby Daddy which begins at 5:30 pm tonight!

3. Loved, loved, loved meeting for the first time and talking to Jackie Beat and Mario Diaz who were promoting Club King which screens Monday (7/14). I’ve seen the flick about Diaz, the premiere LGBT nightlife king and it is very enjoyable and he’s quite dynamic and sexy.

4. How wonderful to see four-time Olympic gold medalist Greg Louganis and his charming hubby Johnny Chaillot who still have that newlywed glow and are excited about the documentary Back on Board: Greg Louganis which will screen on Saturday, July 19 at the festival. I will be in the audience and look forward to seeing it!

5. Filmmaker Glenn Gaylord and writer Dennis Hensley have teamed up for a must-see short film called If We Took a Holiday which is part of the Tickled Pink series of shorts screening tomorrow (7/12) and Wednesday (7/16). Glenn directs and Dennis stars with Nadya Ginsberg who, to cheer Dennis up on his birthday, pretends to be Madonna all day all around town. I’ve seen this and the results are a scream.

6. Kate Flannery, always fun to talk to on a red carpet, plays Nia Vardalos’ best friend in the movie Helicopter Mom which screens on Saturday, July 19 at the Ford. She is here with one of her young co-stars whose name I have to fill in later.

7. Cast members from the cool fright flick Crazy Bitches pose with Outfest Executive director Kirsten Schaffer and their director Jane Clark. I’ve seen this one too and recommend – it will be fun to watch at the Ford theater when it screens on Thursday, July 17.

8. Was so very impressed with Susanna Fogel who directed the opening night film Life Partners. She told me the movie, which stars Leighton Meester, Gillian Jacobs and Adam Brody, will be distributed by Magnolia Pictures. It is a hoot and she did a great job directing and co-writing the script. She’s a huge talent who was mentored by James Schamus whose children she babysat as a kid! He was honored before her film screened last night.

9. The glamorous and glorious Candis Cayne looked fresh as a daisy and she has a role in Crazy Bitches. I will share our interview in the coming days. While Laverne Cox is the current “it girl,” let’s not forget that Candis made a huge breakthrough for trans actresses back in 2007 when she played Billy Baldwin’s mistress on ABC’s Dirty Sexy Money.

10 and 11: Actors Gerald McCullouch and Chad Allen don’t appear in Outfest films this year but both have in previous years (Gerald in Bear City 2 and Chad in Save Me, among others). They showed up to lend support to an organization they love and appreciate.

I’ll be writing a lot about Outfest for the next 10 days. I suggest to go over to Outfest.org and check out what there is to offer and order some tickets.