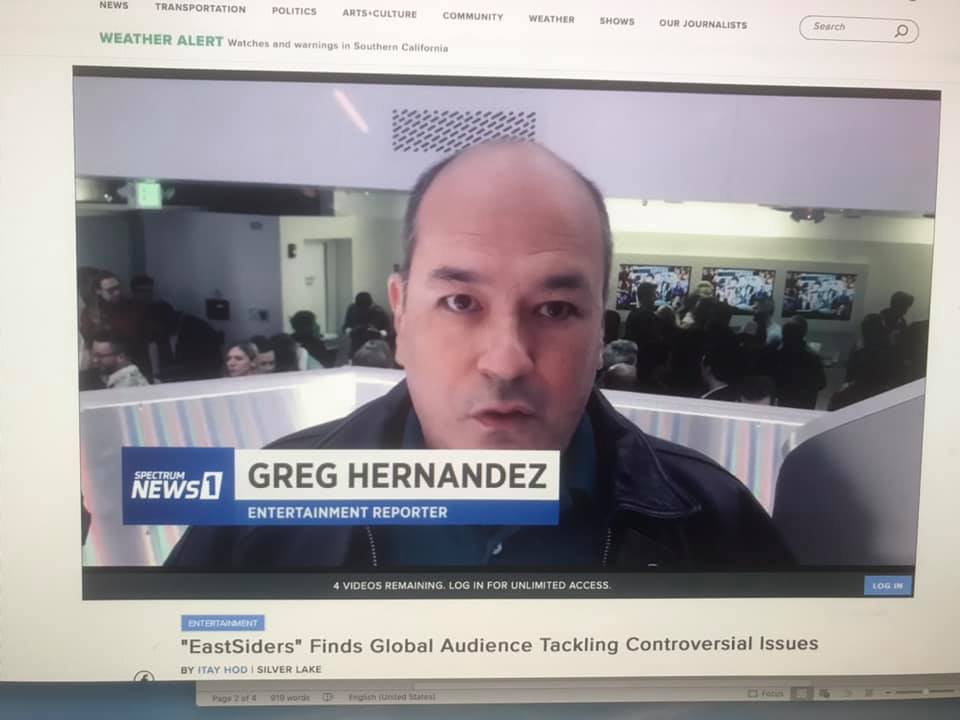 EastSiders recently premiered its fourth season and can be seen on Netflix.

I’ve been a tremendous fan of this series since its humble beginnings and have so much admiration for Kit Williamson who created the show, writes it, stars in it and directs most of the episodes.

I was among the hundreds of people who attended the premiere party for the latest season at a theater in downtown Los Angeles. Before the screening began, I did a quick interview with award-winning reporter Itay Hod who was doing a piece on the show for Spectrum News 1. It was off the top of my head stuff and I had not even shaved but I’m sharing with you anyway because Itay’s piece is really good!

Here is a LINK to the piece.